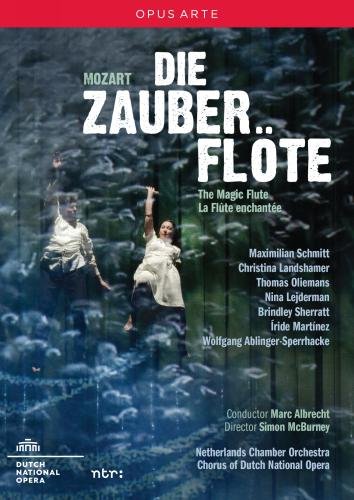 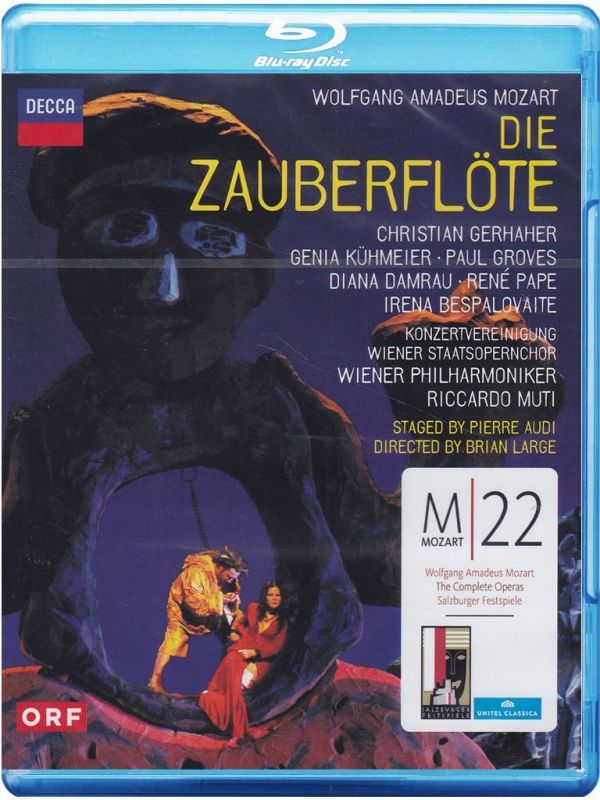 Grand picture-book opera or inventive fringe theatre? The Magic Flute’s popularity has seen it inflated for stage spaces too big to communicate its intimate mixture of musical and moral. One such space is Salzburg’s Grosses Festspielhaus, where Riccardo Muti conducted this surprisingly conservative co-production from Amsterdam by Pierre Audi.

The eye may be seduced in Blu-ray – especially if you like mock primitive art – by the screaming Gauguin reds, yellows and greens of Karel Appel’s sets (he does a fine line in huge Easter Island statues too) and Jorge Jara’s costumes (those of Damrau’s Queen of the Night virtually require 3D glasses to take in). Some attempt is made, in this cartoon visual world, to follow the detail – often wrongly assumed naturalistic – of the libretto’s mountains and underground passages. Gerhaher’s beautifully enunciated Papageno and Kühmeier’s text-conscious Pamina have vocal class but they are given little to do as actors. Muti shapes good playing with po-faced grandeur; the ‘Masonic’ chords just sound threatening, the Papageno accompaniments more suited to a serious Lied.

A corrective to this colourful nothingness is provided by Complicité’s Simon McBurney in a more recent Amsterdam production. This is a people’s Magic Flute which restores the tale’s naive power. It is sparkily conducted in light, historically aware tempi by Marc Albrecht, and acted and sung as a tightly worked ensemble piece. Any artificial glitter in the staging (visual or dramatic) has been left to one side in favour of personal relationships – ideal for this opera.

Magic is still there but shown openly – be it Papageno’s birds (actors manipulating score pages), or his bells and Tamino’s flute (pit musicians are invited to play these). Subtle touches ease what we now find chauvinist and racist in the original. Monostatos – Wolfgang Ablinger-Sperrhacke makes a more serious attempt at the role than Salzburg’s Blackpool-style Widow Twankey – has his ‘soul’ rather than his ‘skin’ called ‘black’. Some minor reordering of the Act 2 council meeting helps suggest that Sarastro (a refreshingly non-authoritarian Brindley Sherratt) is controversially introducing women into his order, an impression strengthened by the convincing re situating there of the trio ‘Soll ich dich, Teurer, nicht mehr seh’n?’. As befits a ruler already deposed of her power, the Queen of the Night and her Ladies are shabby and poor, devoid of glam – she in a wheelchair, they in dirty petticoats. Ingenious. Recommended.