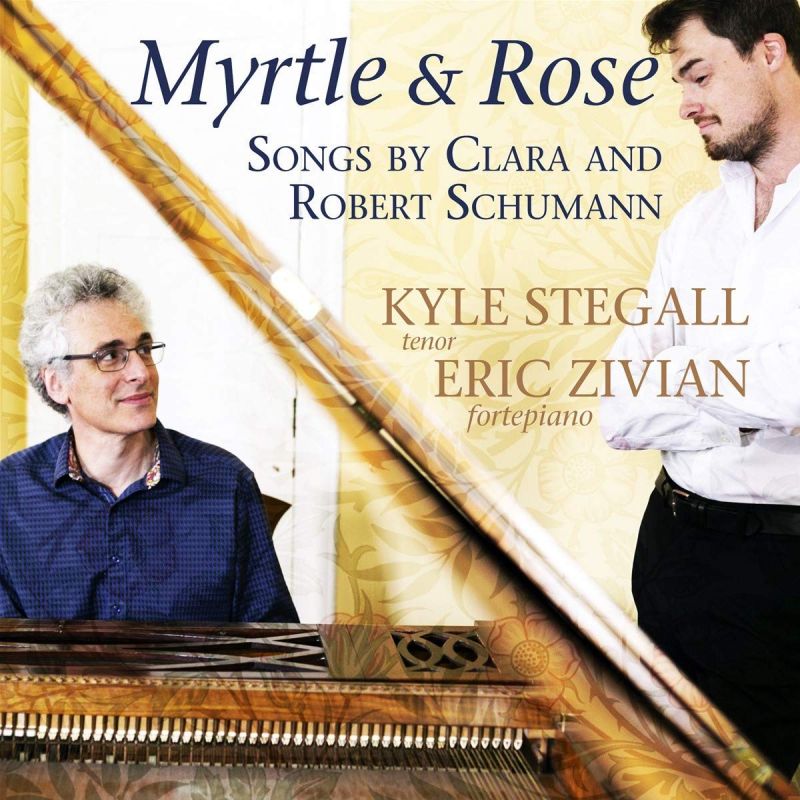 To hear songs by Schumann – either Schumann – with a fortepiano is perhaps a rarer occurrence than one would expect. I mean no disrespect to Kyle Stegall when I say that one of the great pleasures of this album is to hear Eric Zivian put his 1841 Rauch through its paces in Robert’s two Liederkreise and a handful of Clara’s finest songs.

Zivian’s sensitive playing relishes the instrument’s possibilities and distinctive colour – it has a more immediately distinctive timbre, for example, than the 1837 Érard used by Kristian Bezuidenhuit in his recording of Op 24 with Mark Padmore. There’s a lovely tangy quality to its lower range in particular, and the clang and clatter we get in ‘Schöne Fremde’, ‘Frühlingsnacht’ and ‘O Lust, o Lust’ take us bracingly out of the sonic comfort zone of a modern grand.

The flipside, perhaps, is its inability to sustain the long lines of ‘Mondnacht’, but in that song we have a good demonstration of the virtues of Stegall’s moving, sensitive approach. The voice is youthful, if more lightly acidic than the sweet-toned Padmore, and cleanly produced, with a middle and lower register that is occasionally reminiscent, it struck me, of Ian Bostridge. And he’s a similarly outstanding communicator – a passionate and engaged one, too, as is evinced by the fact that he furnishes the booklet with his own direct and lucid translations.

There is nothing in the performances that isn’t done with care and intelligence, and the pair strike me as especially persuasive in the carefully chosen Clara Schumann songs. ‘Lorelei’ builds up the tension excitingly, ‘Mein Stern’ is tender and lyrical, ‘Liebst du um Schönheit’ gently wistful. With fresh, engaging accounts of Robert’s two cycles, too, as well as impeccable engineering, there’s a great deal to enjoy in this release.