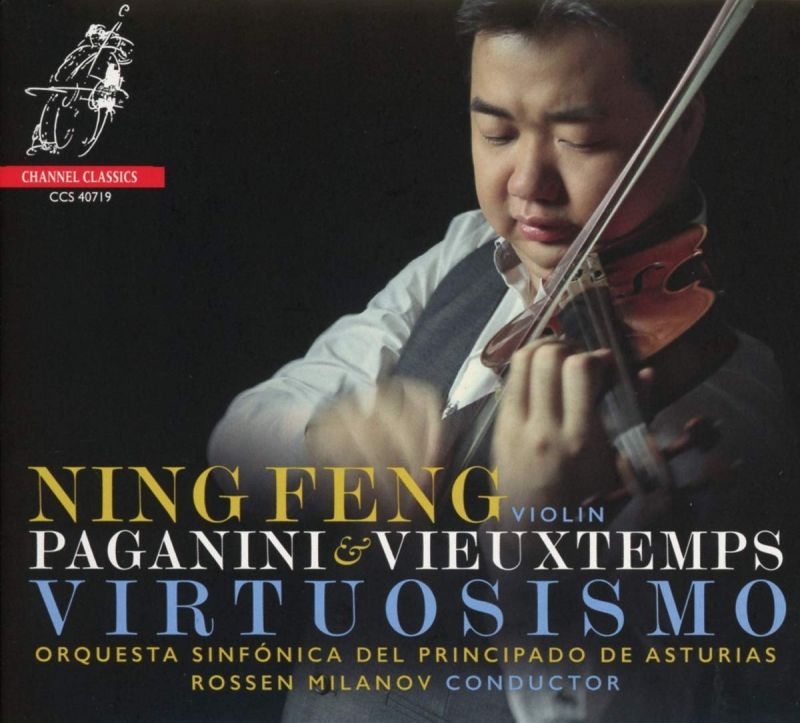 My reaction to this release is more or less the same as to the one I reviewed three years ago with the same soloist, orchestra and conductor (of Lalo, Ravel, Sarasate and Waxman – 6/16): if you had never heard these works before you would gasp in amazement at such fearless, sure-fingered playing from the soloist. Those terrifying harmonic passages in the Paganini which demand (and rarely receive) spot-on intonation seem to give him no trouble. In fact, he executes all difficulties without apparently breaking sweat, pace the two garbled passages of descending semiquaver triplets in the finale.

And that is part of the trouble. It all sounds like the playing of a super-efficient machine, no better illustrated than by Feng’s execution of the first-movement cadenza, the tortuous and overlong one by Émile Sauret (not identified as such in the annotation and lasting nearly seven minutes within a 23-minute movement). Its succession of double-stops, arpeggios and harmonics is enormously technically demanding, of course, but Feng manages to make it sound even more vacuous than usual. The performance is not helped by some disjointed tempo relationships in the first movement nor by the orchestra’s workaday accompaniment, which lacks the ardour and precision of the famous recording by Accardo (with Dutoit) and the more recent one by Nemanja Radulović.

The Vieuxtemps fares somewhat better. Without the necessity of dashing about so much, Feng produces playing of real poetry, with a firm, burnished tone. The duet with the horns in the first movement is nicely done. Even better is the duet with the harp in the second movement, a passage which Bruch must surely have had in mind when he wrote the third movement of his Scottish Fantasy. However, I would not rate this recording above either Itzhak Perlman’s or Lorenzo Gatto’s (on the wonderful Fuga Libera set of all seven Vieuxtemps concertos), not least for their more vivid sound pictures. On the other hand, this Channel Classics disc is, so far as I can see, the only coupling of these two concertos.

Concerto for Violin and Orchestra No. 4