Norma Fisher at the BBC, Vol 2 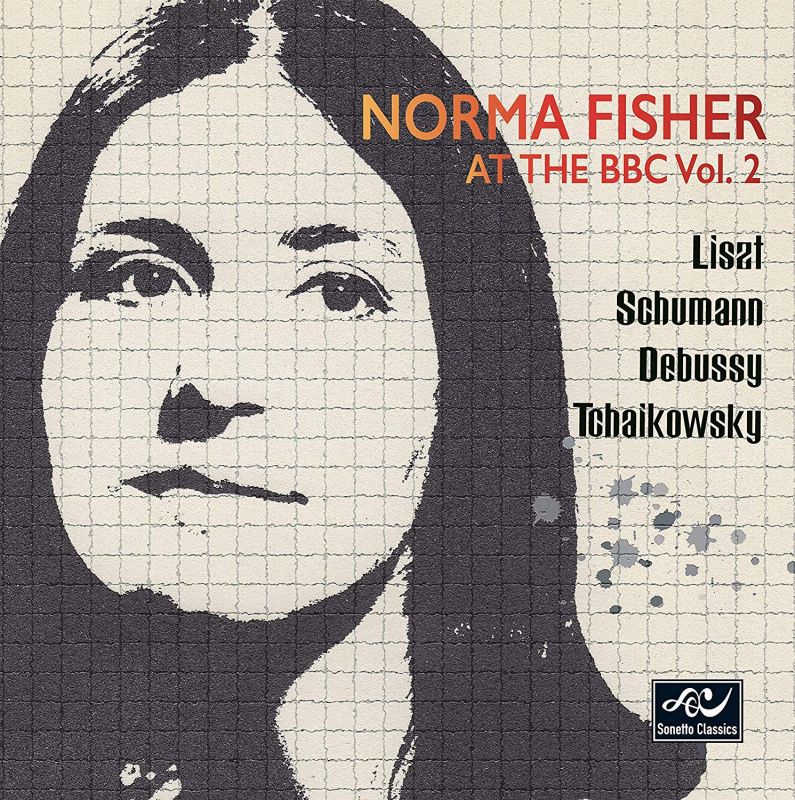 Until last spring Norma Fisher was known to me mainly as one of the most sought-after piano teachers in the world. Then came her historic recordings for the BBC, made before her concert career came to a halt due to focal dystonia in the 1990s and released for the first time by Sonetto Classics (7/18). I was blown away by the humanity and soulfulness of her pianism, and by the sheer love and care that had gone into the process of rediscovery and remastering. The same amount of generosity radiates from the second volume of the series.

If anything, these two discs go even further in revealing her prolific musicianship. The first is an all-Liszt affair, its range covering the enthrallingly demonic First Mephisto Waltz to the affectionate transcription of Schubert’s ‘Hark, hark, the lark’. Beyond sheer virtuoso display, it’s the extraordinary attention to texture that bewitches. Listen to those rippling cascades in the ‘Tarantella’ from Venezia e Napoli, for instance, and the near-perfection of pedalling in the Transcendental Studies. Fisher’s rainbow of touch and timbre reminded me of a masterclass I attended, where she asked the student to play a scale with each note having a distinctive colour.

In Schumann’s Second Sonata the delirious va-et-vient between Florestan and Eusebius is staged in an arena where fluid pacing and expressive intensity are ideally judged. Such is the ease with which Fisher marries passionate spontaneity to control and architecture in the ‘as fast as possible’ (then faster) opening movement that you wonder why other performances so often misfire. An additional bonus is that she chooses to play Schumann’s original finale rather than the published one for this 1984 recording and succeeds in making a strong case for it.

Then there is her poker-faced Debussy Étude ‘Pour les cinq doigts’: as effective as a comedian who never laughs at their own jokes. By Fisher’s own account, her lessons with Jacques Février in Paris were particularly revelatory for the French repertoire, including Ravel’s Gaspard, which she unfortunately never recorded. The slight crackle in the recording of the Études only adds to their charm.

There is an abundance of charm, too, alongside wit, sarcasm and even dark intensity, in André Tchaikowsky’s Inventions. The UK-based, Polish-born composer-pianist was a close friend of Fisher’s and encouraged her to prolong her concert career, as she herself fondly remembers. These miniatures each portray a friend (or ex-friend) of the composer, and they are so affectionately rendered that it feels as though Fisher is taking special care not to crack the fragile soul of their creator. She adds to the set an 11th invention, which the composer dropped after falling out with its dedicatee.

Fisher’s recordings for the BBC are far more numerous than these two volumes to date encompass, and Sonetto Classics CEO Tomoyuki Sawado, without whose devotion these gems would have remained buried, is always on the look-out for enthusiasts with any of these recordings in their collections (info@sonettoclassics.com). He will throw his hat in the air if anyone has her complete Scriabin Fifth Sonata – the final bars have been chopped in the only version he has access to. I hear that the next volume may well contain chamber music. Needless to say, I shall be on tenterhooks.

Norma Fisher at the BBC, Vol 2