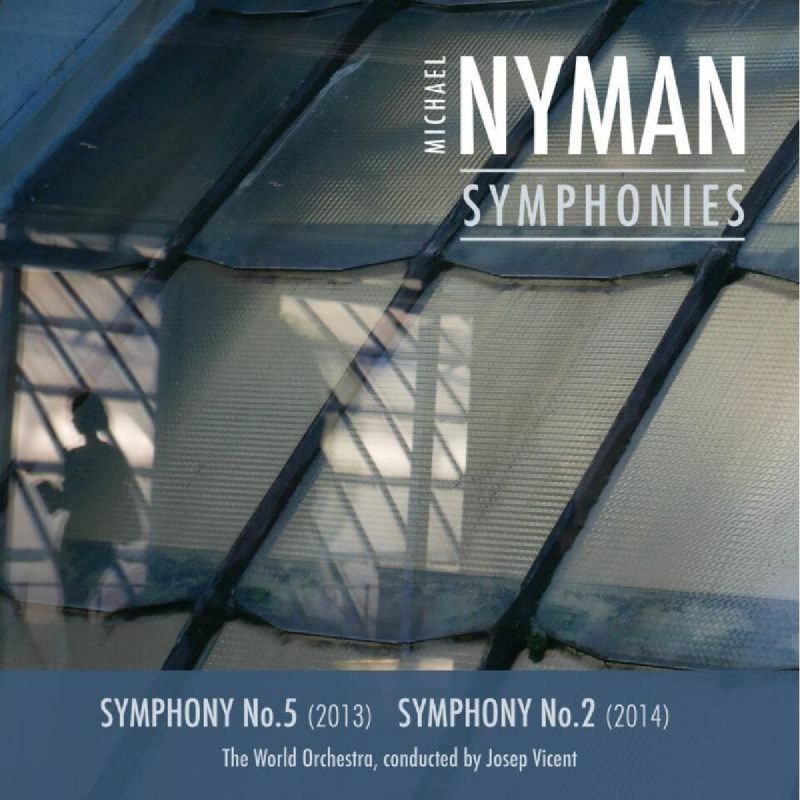 Eyebrows were raised in 2014 when Michael Nyman declared his aim during the next few years to produce not just a single symphony but a projected cycle of 17. Other than Philip Glass, whose 11 symphonies have met with mixed responses, few minimalist composers have ventured into a form whose tonal push-and-pull seems antithetical to music based on repetition, circular patterns and harmonic stasis.

These are perhaps symphonies more in the spirit of Edmund Rubbra than, say, Havergal Brian. Evoking the original meaning of the word, Nyman draws upon, develops and reworks music from previous material, making his work quite literally ‘sound together’. It would be misleading, though, to view these works as mere exercises in recycling. The symphony also offers Nyman a wider and more diverse expressive canvas on which to operate, as displayed in the two works featured here. Symphony No 5, composed in 2013, is dark and brooding. The first movement gradually introduces a complex series of interlocking lines over a repeating nine-note pattern, while the third movement’s ominous-sounding chaconne bass, astringent dissonances and fatalistic tone are as far removed from generic Nyman as one is likely to hear. A rumbustious concluding movement provides a fitting close, exuding the kind of swagger associated with the composer’s earlier style.

In contrast, Symphony No 2, composed in 2014, is more playful. It starts off by echoing the kind of lyricism heard on the composer’s soundtrack The End of the Affair, while sweet harmonies also accompany the second movement. A scherzo-like third eventually gives way to a rhythmically propulsive finale, which encapsulates the symphony’s shadows-and-light tone by reintroducing a dancelike melody first heard in the opening movement. It may be a little premature to describe Nyman as a ‘symphonist for all seasons’, but the signs are already very positive.