NYMAN The Man Who Mistook his Wife for a Hat 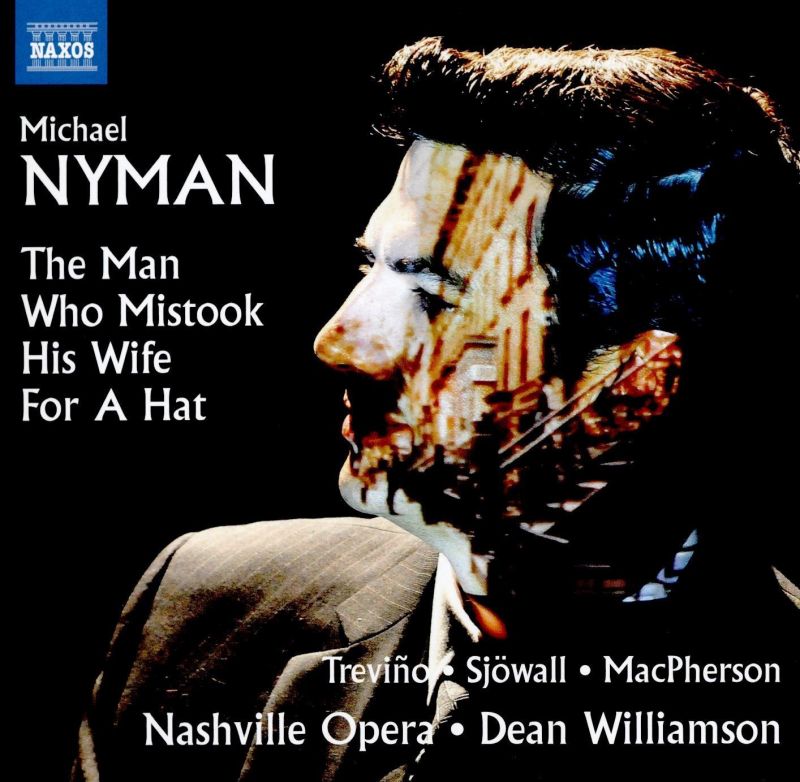 Michael Nyman’s 1986 opera The Man Who Mistook His Wife for a Hat is, like other minimalist stage works, a fundamentally visual opera. Staging is integral to the impact of the music, which often functions as a repetitive rhythmic tapestry or backdrop to the drama. In this case, the visuals are even more essential given the storyline: a case study by the neurologist Oliver Sacks about a musician who has lost the ability to visually process the world around him. The libretto, by Sacks, Christopher Rawlence and Michael Morris, is a detective story, with a sympathetic neurologist delivering a battery of tastes – do you recognise this picture? What is this shape? Can you describe this street? – that reveal the degree to which the ageing singer relies on music rather than visual perception to get through his otherwise happy and productive life.

Although the text-setting is clear – following rather monotonously the basic rhythmic patterns set by the small accompanying ensemble of strings, piano and harp – it pays to consult the online libretto to get a full sense of the humour and self-reflexive irony built into the story. The text will also send one back to favourite literary and musical icons, with citations from Blake and a performance of Schumann’s ‘Ich grolle nicht’ (from Dichterliebe) not only adding depth to the characters but underscoring an ominous sense of inner consumption and ebbing life force that haunts Dr P, the focus of this medical-musical investigation.

There are only three cast members and unfortunately one of these, soprano Rebecca Sjöwall, has a thin, shrill voice and another, bass Matthew Trevino, who sings Dr P, is frequently pushed to vocally uncomfortable places (his performance of the Schumann, however, is in his vocal sweet spot). Tenor Ryan MacPherson, as the neurologist, is the best of the three, but given the mechanical text-setting, his character conveys more humanity in the spoken prologue and epilogue than he does in his sung lines. Add to all of this a rather acrid string sound from the instrumental ensemble, and this is not a disc one puts on for repeated pleasure. As a document of an opera that has had some success, and communicates an inspiring message about music as balm and sustenance through life, it may be worth a listen, but better to wait for a production by a local chamber opera that takes full advantage of the work’s multisensory potential.

NYMAN The Man Who Mistook his Wife for a Hat

(The) Man who mistook his Wife for a Hat