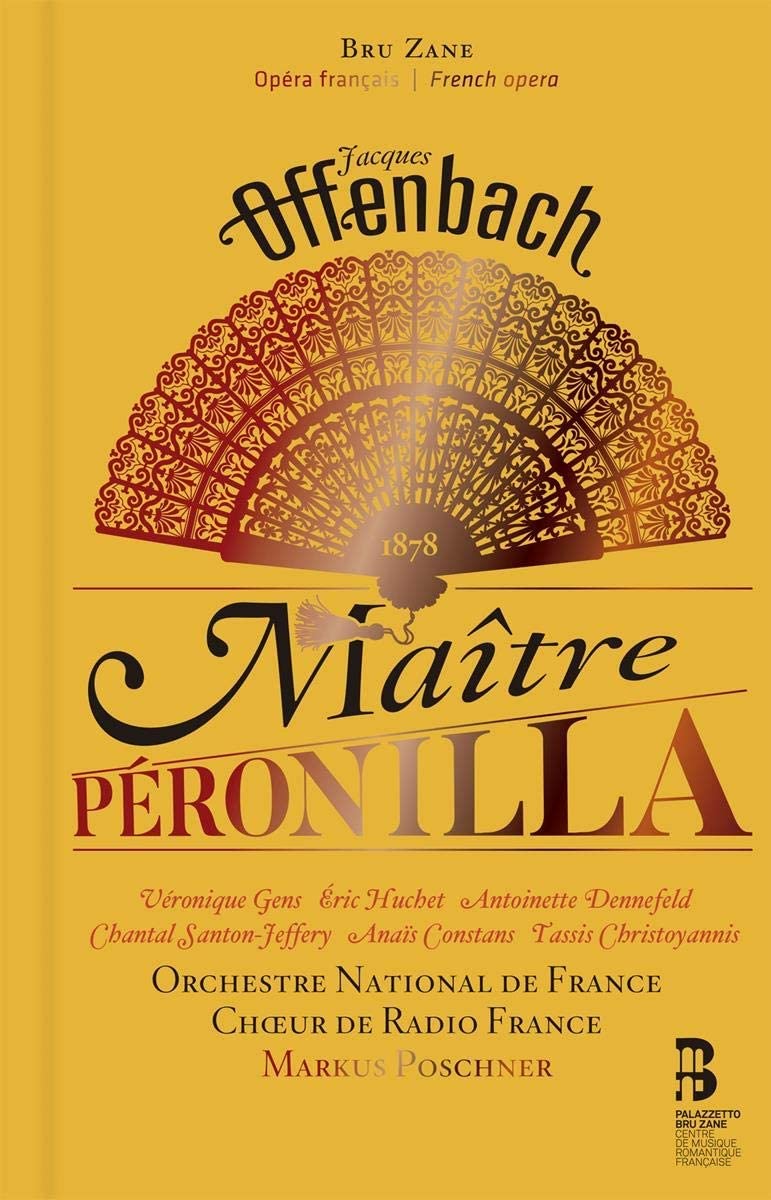 A touch of Hispanic sunshine always suited Offenbach, and having already produced a fine new recording of the South American-set La Périchole (10/19), Bru Zane’s award-winning French opera series now presents what – as far as I can tell – is the first complete recording of Maître Péronilla. The setting is just outside Madrid and the beautiful Manoëla – daughter of lawyer turned chocolate manufacturer Péronilla – faces a reluctant wedding to the ugly old (he’s 38) Guardona. A deft bit of trickery by her friends Frimouskino and Ripardos sees her married simultaneously (and unknowingly) to both Guardona and her true sweetheart Alvarès; which would be nice if it wasn’t also bigamy.

Offenbach’s self-penned libretto untangles the whole imbroglio with the throwaway nonchalance of a man who by this stage (it was 1878) had already written well over 90 operettas. The plot of Maître Péronilla is essentially a vehicle for delivering galops, romances and waltz-songs, lightly garnished with Chabrier-like splashes of Spanish colour – a rattle of castanets here, a shout of ‘Caramba!’ there, plus a sprightly Malagueña which returns in a final flourish of high spirits. It’s a lively but slightly restrained score; there’s more than a hint, amid the high spirits, of the sunset wistfulness one finds in such late Offenbach scores as Fantasio and, of course, Les contes d’Hoffmann.

Anaïs Constans as Manoëla and Chantal Santon Jeffery in the trouser role of Alvarès make an engaging pair of young lovers; both perhaps might be more nimble as regards coloratura, though Santon Jeffery has a touching sweetness in her Act 2 romance. Neither of them quite stops the show the way Antoinette Dennefeld does as Frimouskino (another trouser role) – zipping through her high-speed Act 2 patter song with gleeful zest. Éric Huchet brings warmth and wit in the title-role (naturally, he gets a ‘Chocolate Song’), while Véronique Gens is exactly as opulent as you’d expect in the role of the old maid (she’s 39) Léona; the butt of some distinctly Gilbertian humour.

But Maître Péronilla is essentially an ensemble comedy, and there are no seriously weak links in the sizeable cast. Bru Zane has recorded all the spoken dialogue, and non-Francophones might choose to skip past this once, say, the comic stylings of the stammering judge in Act 3 start to wear thin. The orchestra under Markus Poschner play with style and spirit without ever going overboard, and the recording – made in the Théâtre des Champs-Élysées – is so clean and clear that you might mistake it for a studio recording. As usual with Bru Zane, there’s a full libretto, beautifully presented – in fact, this is an example to other labels in how to give a neglected but endearing operetta the best possible chance of finding a new and appreciative audience.