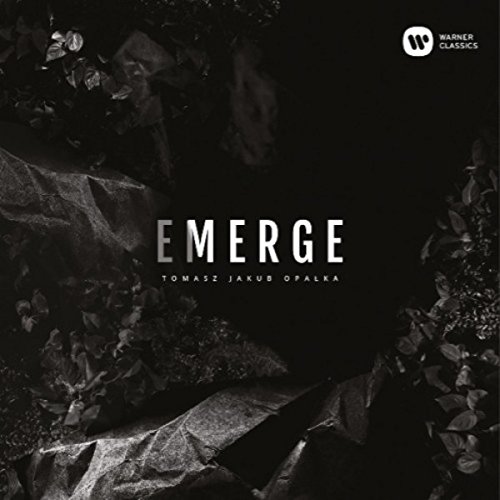 As both the recording’s title and the subtitle of one of its works suggest, ‘Emerge’ also appropriately signals the arrival of an exciting new voice in contemporary music. Born in 1983, Tomasz Jakub Opaka has been making waves in his native Poland for many years, especially after being awarded first prize at the 2010 Wawel Music Festival for the large-scale orchestral work Spaces.

Opaka then spent some time in Los Angeles working as understudy to established film composers Christopher Young and Marco Beltrami. The combination of traditional training in contemporary avant-garde techniques allied with hands-on experience of working on Hollywood soundtracks has produced a potent synthesis, demonstrating how closely related contemporary orchestral music and film soundtracks have become in the music of Opaka’s generation.

His most intensely powerful and focused Collisions of the Matter (2012) for large orchestra conjures up a highly dynamic and volatile soundscape. It opens with a Big Bang-style effect – swirling fragments of sound clattering into one another before eventually subsiding on low pulsing Ds. The sound particles heard during the opening flourish then reappear as slowed down and in suspended animation.

If Collisions of the Matter is all about releasing sounds into air, Opaka’s Symphony No 2, Emerge, attempts to draw them back in. It results in an epic struggle that eventually finds solace not so much in an identifiable pitch space or tonal epicentre but resolution in the power of pulse and rhythm. My only concern is that when the musical material seems unsure where it wants to go, as sometimes occurs in the Concerto for bass clarinet, Opaka resorts to hackneyed film-score gestures.

The earliest composition on show, Quadra (2007), provides yet further evidence of Opaka’s ability to conjure vivid sonic images through colourful and inventive orchestration. All the signs point to the emergence of one of new music’s most creative and distinctive voices in a long while.

Collisions of the Matter