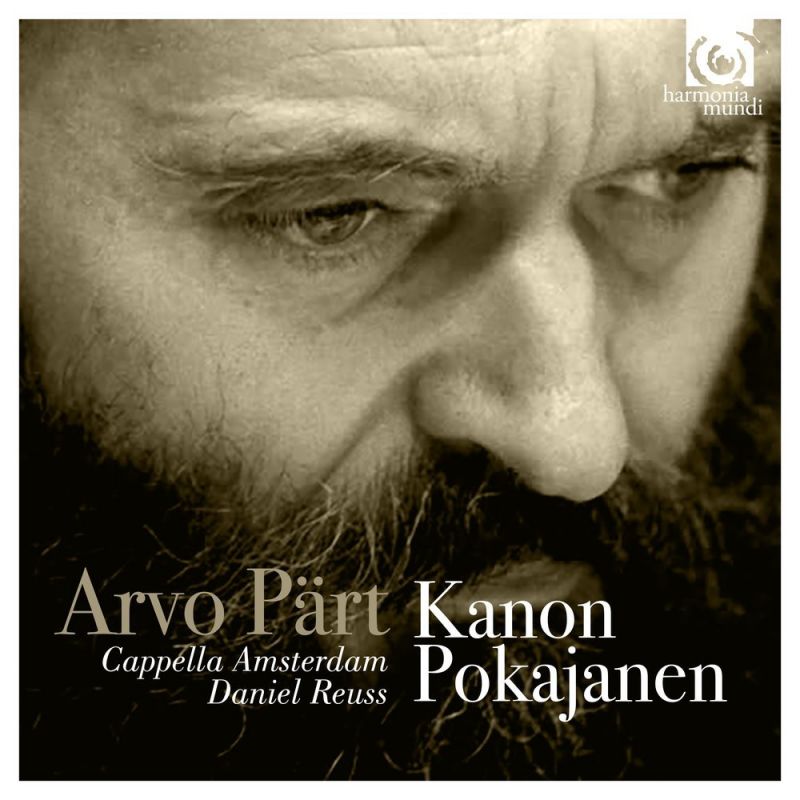 Premiered in Cologne in 1998, Kanon Pokajanen for a cappella choir is one of Pärt’s most uncompromising and austere works. It is also one of his most challenging. Each singer is required to sustain perfect intonation across the work’s 90-minute span while attending to the microscopic subtleties and nuances of the text. The text itself – St Andrew of Crete’s canon of repentance – exerted such a profound impression on Pärt that it took him two years to complete the work, which comprises eight Odes, two shorter hymns (‘Kontakion’ and ‘Ikos’, heard around the midway point), and concludes with a setting of the ‘Prayer after the Canon’.

Ode 1 sets out the work’s main musical ideas: first, a series of strident chords oscillating between tonic and dominant; second, a pulsing, hocket-like idea supported by pedal bass; third, low tenors and basses singing lines that yield darker semitonal clashes; fourth, a more expansive, lyrical melody, harmonised in thirds between sopranos and altos; and, finally, a short homophonic statement based on the notes of a D minor triad. Other material appears from time to time but these five ideas form the basic building blocks upon which the entire work is built.

Pärt has specified that the work can be performed either complete or in sections, although its full impact is only truly grasped when listening through from beginning to end. By omitting Odes V, VII and (somewhat puzzlingly) a big chunk from the middle of Ode VIII, Cappella Amsterdam’s abridged version clocks in at a CD-friendly 60 minutes. What is lost in breadth is gained in terms of focus and intensity, however. The rich and resonant sound of the original 1998 ECM recording, featuring the Estonian Philharmonic Chamber Choir, is replaced here by a more intimate ambience. Diction is clearer and the vocal layers are more transparent. A greater balance is maintained between word and sound, text and musical gesture. In striving to get to the essence of the words, Pärt has created ‘a precious island in the inner seclusion of our soul’, and Cappella Amsterdam under Daniel Reuss more than do justice to Kanon Pokajanen’s distilled purity and sublime beauty.