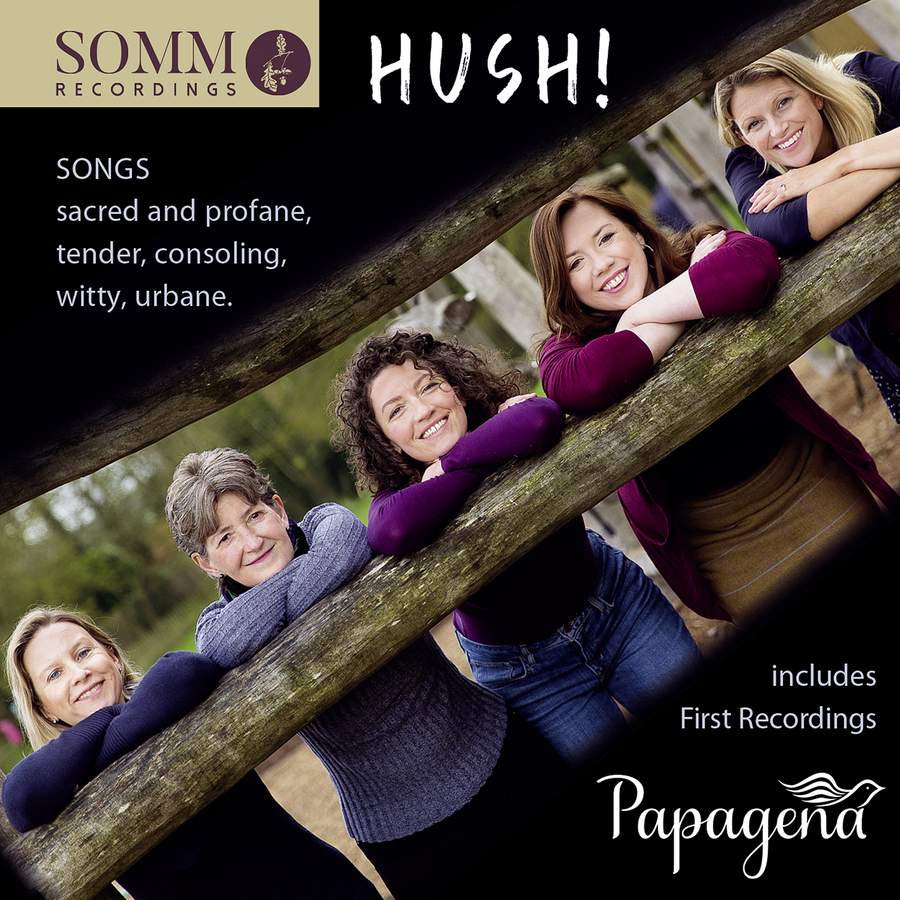 If Papagena were an all-male a cappella ensemble rather than an all-female group they would be household names in the UK. It’s hard to explain this strangely selective, gender-based inequity but the evidence is unarguable. Apart from Anonymous 4 and Trio Mediaeval, how many women’s voices ensembles have broken through in classical music? All the more reason then to make time for this excellent collection – the third release from this ever-adaptable and wide-ranging British quintet.

The disc’s title (with its loud exclamation mark) and the homespun packaging from Somm give little hint of the sleek quality and carefully researched selection of works within. Taking a King’s Singers approach to mixing repertoire, the group slip easily from Georgian and Sephardic folk songs to English part-songs, music by Scarlatti and Tchaikovsky and a generous selection of new works, with even a cheeky foray into rock with Guns N’ Roses. The musical reinventions are not just plausible, they’re often arrestingly good.

The choice of a studio recording rather than a more resonant, natural space is a clear statement of stylistic intent. I’m not sure it’s always the right fit for the repertoire, whose centre of gravity definitely sits in the classical tradition. We certainly miss acoustic bloom on the lovely opener – Don Macdonald’s Moonset – as well as the lyrical Georgian song Shen Khar Venakhi that follows. The lapping, imitative waves of John Duggan’s chant-inspired O viridissima virga – one of the highlights of the new works included here – could also benefit from space to ring and sit in the air.

The studio acoustic gives the singers no cover; every breath and detail of tone is on show, particular in more fragmented, textural numbers such as David Lang’s I lie. It’s an exhilarating, unworked sound (not for them the enthusiastic sound-production of a Voces8) and leaves you marvelling at the singers’ technical control and precise blend. Certain well-established, all-male groups could learn a thing or two from these fine musicians.

The snow it melts the soonest

The Swallow leaves her nest

Legend: Christ had a garden