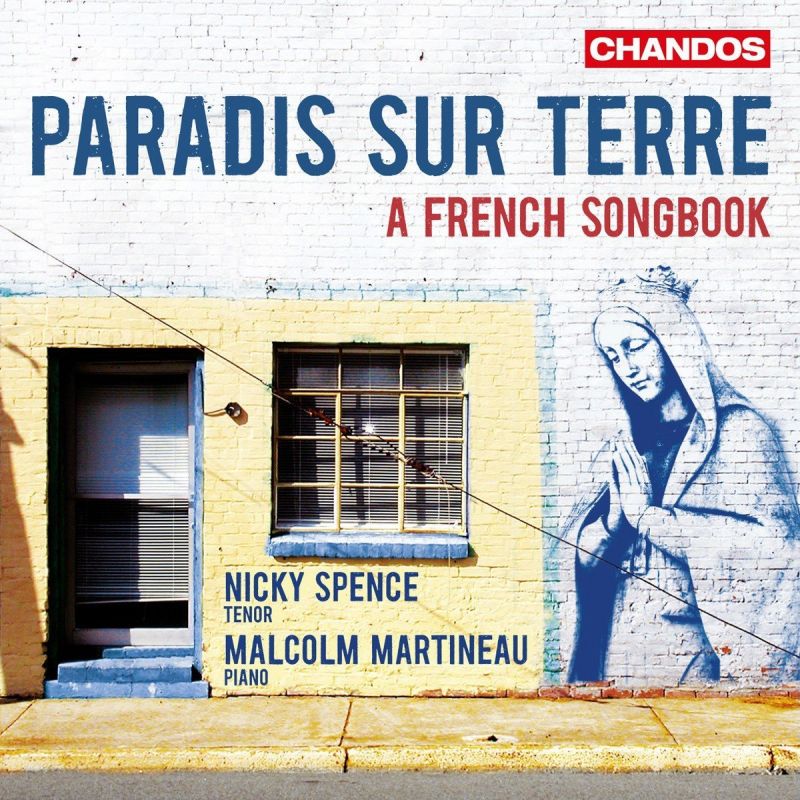 The sacred and the worldly rub shoulders in Nicky Spence and Malcolm Martineau’s ‘Paradis sur terre’, which opens with war-wounded André Caplet’s deeply personal 1917 settings, in French rather than ecclesiastical Latin, of the Lord’s Prayer, Hail Mary and Apostle’s Creed, and closes with a strikingly urbane group of 1890s songs by Cécile Chaminade, which combine a carpe diem stance with a riot of natural imagery. In between come Debussy’s 1891 Verlaine settings, and Lili Boulanger’s 1914 song-cycle Clairières dans le ciel to a recherché text by Francis Jammes that elides religious symbolism with more natural imagery in its portrait of a doomed, possibly unconsummated affair. It’s a big, eclectic work, influenced by Debussy and Fauré, though Boulanger also underscores the atmosphere of post-Romantic morbidity by liberally ringing changes on the Act 3 prelude to Tristan und Isolde at the mid-point and again at the close.

It’s a repertory that suits Spence rather well. Caplet and Boulanger allow us to hear some finely shaded soft singing and a striking mezza voce that extends upwards with ease, resulting in some remarkable hovering phrases in his upper registers. The Verlaine settings are more assertive – the expansive warmth of the opening ‘La mer est plus belle’ is particularly engaging – while Chaminade’s songs, which sometimes veer towards Massenet in mock-18th-century mode, are admirable in their lightness of touch, with some graceful coloratura and a pleasing ring in Spence’s high notes. Martineau, as one might expect, is stylish and elegant throughout: he’s at his most eloquent in Les prières, the modal harmonies of which owe much to Debussy’s Le martyre de Saint Sébastien (which Caplet partly orchestrated), and wonderfully persuasiave in the Boulanger cycle, where the complex piano-writing continuously hints at emotions lurking vaguely formed and half-hidden beneath vocal line and text.