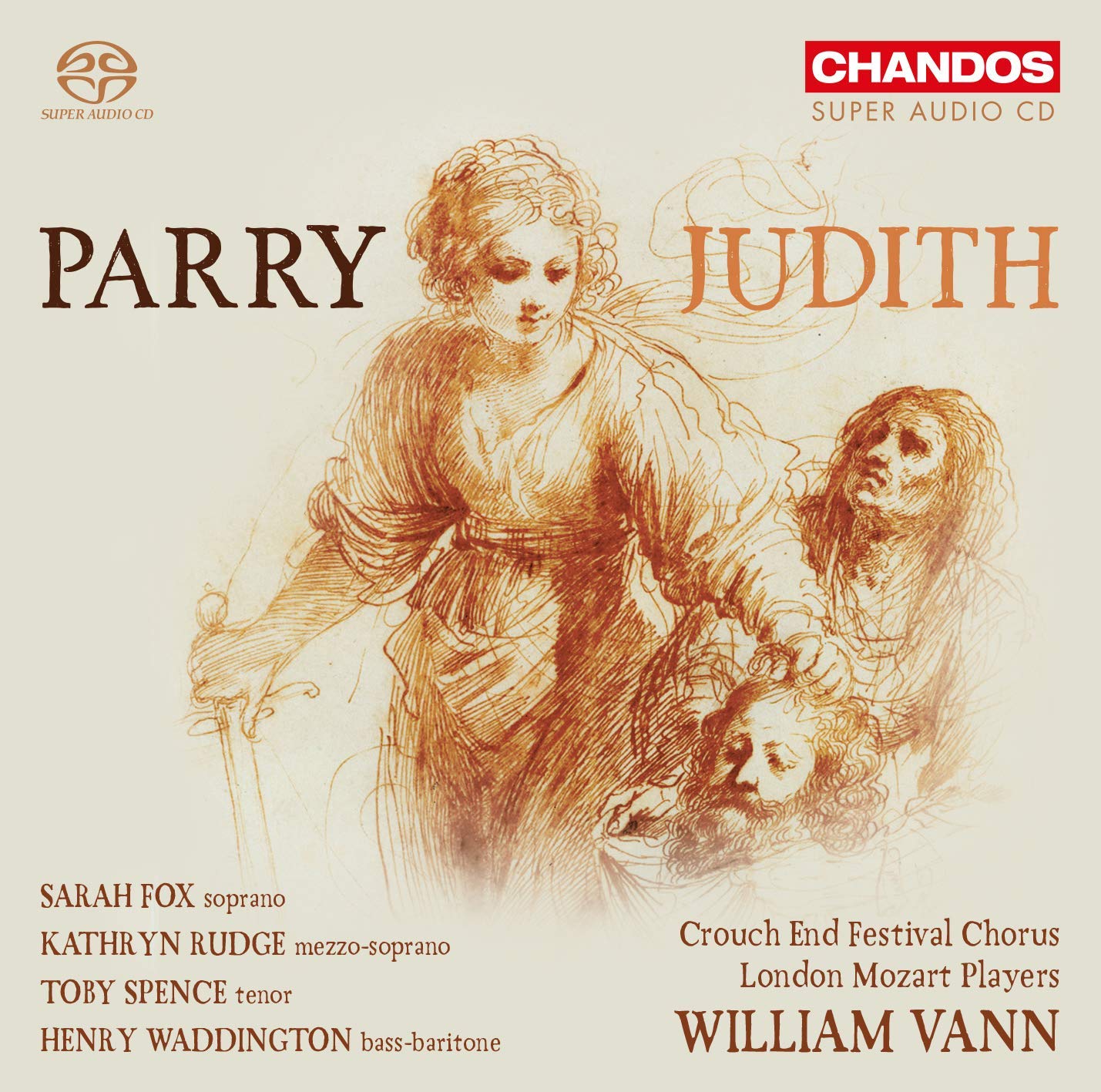 Hands up: how many of us have laughed at Ernest Newman’s quip about Parry ‘sickening for another oratorio’ without ever having heard one of Parry’s full-length choral works from beginning to end? If we’re honest, the correlation must be close to 100 per cent. Parry’s Judith – the hit of the 1888 Birmingham Triennial Festival – went completely unperformed in the UK between 1951 and 2019. Incredibly, for a work that was once so admired, there has never been a full-length recording. This magnificent account from Chandos, featuring the team that gave that 2019 performance, fills one of the most significant gaps in the discography of British music and brings us closer to a full artistic picture of the composer whom Elgar called ‘the head of our art in this country’.

Parry conceived Judith as a drama as much as an oratorio, and over two expansive acts it retells a particularly blood-and-thundery slice of Old Testament history, covering the Israelites’ worship of the child-devouring Moloch, the fall of Jerusalem and Judith’s decapitation of the Assyrian general Holofernes (which Parry, mindful of Victorian sensibilities, keeps firmly offstage). Choruses stand like monuments. Parry’s muscular fugal build-ups come straight out of Handel by way of Mendelssohn’s Elijah, and the orchestration delivers some striking touches of colour, with shimmering gongs at particularly barbaric moments.

In between, Parry weaves yard upon yard of golden, lyrical music, glowing with clarinets and horns, and it’s in this vein that he strikes upon the score’s noblest melodic inspiration, the ballad ‘Long since in Egypt’s plenteous land’, whose melody later became the hymn tune Repton, and which in a fairer universe should have guaranteed Judith’s immortality. After hearing it sung with radiant tenderness by Kathryn Rudge, with Parry’s gentle, nostalgic orchestral ritornellos framing each verse, you’ll never take it for granted again.

Every aspect of this performance sounds like a labour of love. Toby Spence is passionate and heroic as King Manasseh, and Sarah Fox brings a thrilling brilliance to the (surprisingly small) title-role. But Rudge’s soaring, expressive singing as Meshullemeth gives the piece its real heart, and she’s accompanied with intense sympathy by the conductor William Vann, who avoids any suggestion of bombast or sentimentality, and builds Parry’s great paragraphs so eloquently and with such assurance that you’d think he’d been conducting this music all his life. The children’s choir are delightful and Crouch End Festival Chorus are thoroughly on form: ringing, confident and only very occasionally sounding slightly congested in the acoustic of St Jude-on-the-Hill, Hampstead.

Ultimately, though, any one critical verdict is beside the point. This is a landmark recording. Judith is no masterpiece: Parry’s innate good taste keeps intervening, and the scene in which the Assyrian hordes slaughter the Hebrews is about as savage as Choral Evensong. But hearing it complete merely reaffirms the truth that to listen to Elgar without knowing Parry is like hearing Brahms without knowing Schumann. I can imagine more dramatic performances; but if we get them, it will be because this recording showed the way.