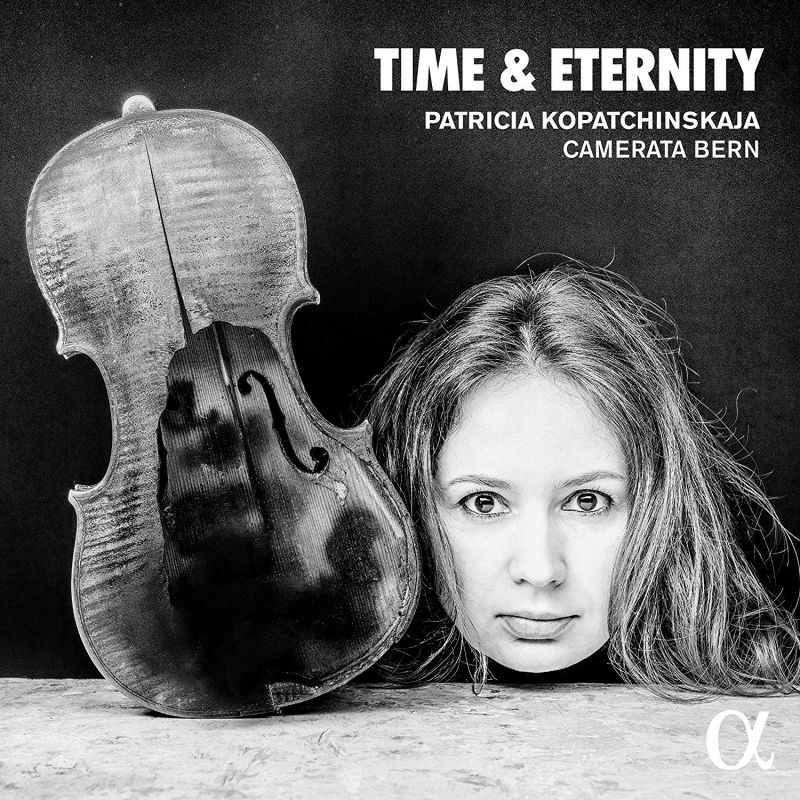 The disembodied head of Patricia Kopatchinskaja rests next to a violin, its back splintered, its neck missing. Inside the booklet, Kopatchinskaja gazes at the camera, her hands resting on a skull. Classic Pat Kop. The Moldovan-born violinist has a taste for the quirky and this extends – happily – to her programming, which is restless and adventurous. I may not always have loved her interpretations, but applaud the risk-taking behind her playing, the search for something out of the ordinary. Kopatchinskaja is no ordinary violinist.

She loves unusual juxtapositions, such as the wild swings from contemporary to pre-Baroque in ‘Take Two’ (12/15) and her splitting up Schubert’s Death and the Maiden Quartet with Dowland, Gesualdo and Kurtág. We get more juxtapositions here on ‘Time & Eternity’, performed with Camerata Bern, of which Kopatchinskaja is artistic director. The disc features Karl Amadeus Hartmann’s Concerto funebre, composed in response to the Nazi terror in Germany, along with Frank Martin’s Polyptyque, inspired by six panels of the Passion of Christ painted by Duccio di Buoninsegna. Although the Hartmann is played straight through, Kopatchinskaja breaks up Polyptyque with transcriptions for string orchestra of Bach chorales, which land on the ear like the balm of consolation after the pain and emotion depicted in Martin’s music.

The programme opens with the reciting of the Jewish Kol Nidrei, leading into John Zorn’s prayer of the same title. Prayers are also offered by priests of the Polish Catholic and Russian Orthodox traditions, while the Jewish song ‘Eliyahu Hanavi’, which Hartmann quotes in his concerto, is sung by a Polish folk singer, along with the popular German song ‘Unsterbliche Opfer’ (Immortal Victims), also quoted in the Hartmann, followed by an unsettling, improvised War Cadenza.

This is very much a concept album and, as such, it needs to be listened to as programmed. Kopatchinskaja’s playing is daring in her use of extreme dynamics, sometimes down to a spidery whisper. She is never afraid to produce a harsh, uningratiating sound – the Concerto funebre is properly aggressive at times – but there is sweetness too, especially from Camerata Bern in those Bach chorales. The excellent booklet features texts and colour images of the Buoninsegna panels. Not easy listening, but strongly recommended.