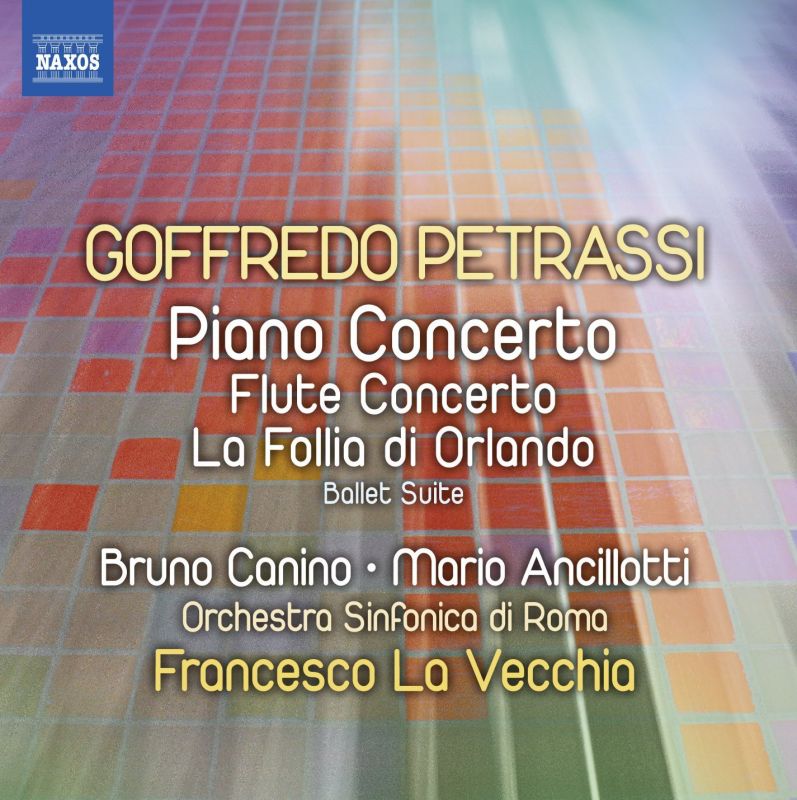 ‘I consider the score a complete failure.’ Thus Goffredo Petrassi on his sole Piano Concerto, begun in 1936 and premiered three years later in Rome by Walter Gieseking. The great pianist would, one imagines, have revelled in the distinctly Gallic flavour of the extended central ‘Arietta con variazioni’ – that sublime melody from the slow movement of Ravel’s G major Concerto clearly left its mark – but the predominant influences here are Bartók, Hindemith, Prokofiev, Shostakovich and, above all, Stravinsky. (Closer to home, I was even reminded of the piano concertos of both Vaughan Williams and Kenneth Leighton, the latter a distinguished pupil of the Italian master.) For all that it comprises an intriguing, colourful and action-packed canvas, there’s no denying the far greater individuality of Petrassi’s 1942 43 ballet La follia di Orlando (based on episodes from Ariosto’s epic poem of 1516, Orlando furioso). Naxos gives us the Symphonic Suite that was first heard in December 1945, fully 17 months before the ballet was finally staged at La Scala, Milan, and consistently rewarding listening it makes, too, full of superior invention, and always displaying a refined harmonic sensibility and felicitous understanding of the orchestra.

Entirely different again is the Flute Concerto that Petrassi composed in 1960 for Severino Gazzelloni, a single-movement canvas both innovative in form and scored with fastidious, ear-pricking subtlety (the unusual instrumentation eschews violins, violas, flutes and oboes, and incorporates a very large percussion section as well as harp and guitar). Petrassi employs his own brand of serialism in this absorbing 20-minute work, which is by no means as forbidding as you might think. First-rate contributions from both soloists and energetic playing from Francesco La Vecchia’s Rome band. The sound may not be of the most glamorous but this remains a laudably enterprising release.