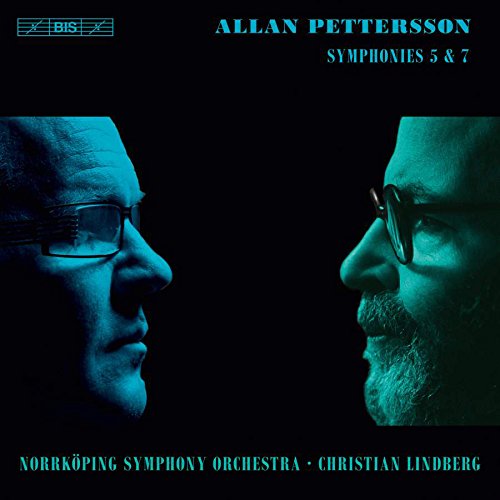 I doubt whether many in the audience at the premiere of Pettersson’s Seventh Symphony (1966 67), 50 years ago this autumn, could have dreamt that a half-century later it would be receiving its fifth recording. In a climate where most forward-looking commentators were declaring that the symphony as a form was dead, Pettersson (a not unknown but fairly marginal figure) could hardly have hoped for one. Of course, the first followed quickly – by those premiere performers, the then Stockholm Philharmonic Orchestra conducted by Antal Dorati (5/72 – sadly nla) – bringing this work and its composer to international attention. The benchmark recording, this is how I came to know the work and have been in its thrall ever since.

Dorati’s is the fastest on disc and – until now – the most urgent, gripping in ways that eluded even Comissiona, Pettersson’s other great early champion, and Albrecht; Segerstam’s account (the Norrköping Symphony Orchestra’s previous recording of the work) loses impetus as it progresses. The Seventh has needed a good modern recording for some time, and finally it has one. Only a minute behind Dorati, Lindberg gets the pacing absolutely right, even while taking a different line, quicker and more urgent at the outset, almost taking my breath away where his predecessors do not. The Norrköping players are once again on superb form, responding to Lindberg’s advocacy just as keenly; but then this music is in their blood.

This understanding shows also in their compelling account of the Fifth (1960 62) – its fourth recording – a performance of complete authority which the valiant competition from Berlin, Malmö and Saarbrücken could not achieve. It also made a mark at its premiere in 1963 but not such a popular one. Lindberg’s understanding of the idiom may be incontestably the deepest of any previous interpreter; but what caught my ear as much in both symphonies was the orchestral balance, with so much of the detail coming through as never before. Simply wonderful.