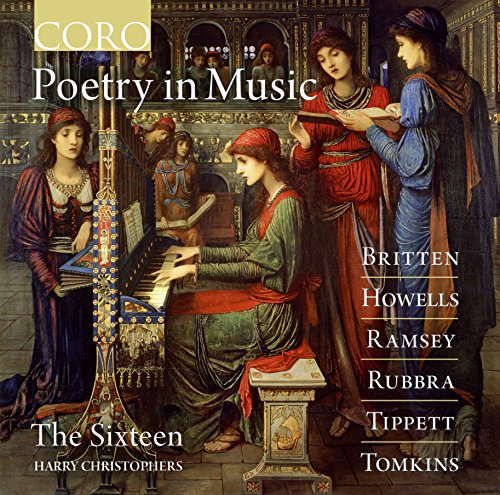 The glowing textures of Harris’s classic anthem Faire is the heaven give way to an exuberant and rhythmically incisive account of Tippett’s 'Dance, clarion air', while the direct, heartfelt expression of Weelkes’s When David Heard is beautifully countered by the luminous, angelic wafting of high sopranos in MacMillan’s The Gallant Weaver. Four tracks and less than 20 minutes into this disc it is clear that this is something really special.

That specialness comes not just from the fact that The Sixteen elevate everything they perform through their opulent musicality and supreme clarity of tone, but from Harry Christophers’s intuitive grasp of the marriage of music and words in all 14 of these powerfully perceptive musical responses to beautifully crafted English texts. Many of these anthems will be familiar to those with a grounding in the great Anglican choral tradition, but none sounds familiar here. Rather, these performances reveal a depth of expression and artistic intensity in music we thought we knew but now realise we only partially comprehended. These performances are, in every sense of the word, revelatory.

Of the less familiar items, Ivor Gurney’s setting of Robert Bridge’s reimagining of the Creed, Since I believe in God, is a deeply intense work, written while the composer was incarcerated in a mental hospital in Dartford (a doubly grim location for such a sublime creation), while Rubbra’s free-flowing There is a spirit provides a lovely vehicle for the exquisite soprano of Julie Cooper. It is also good to be reminded that Robert Pearsall contributed far more to the repertory of English choirs than his famous version of In dulci jubilo, echoes of which are, however, never far from the surface in The Sixteen’s warmly expressive account of Lay a Garland.

Faire is the heaven

Lay a garland on her hearse

Take him, earth, for cherishing

Since I believe in God the Father Almighty

When David heard that Absalon was slain

There is a spirit