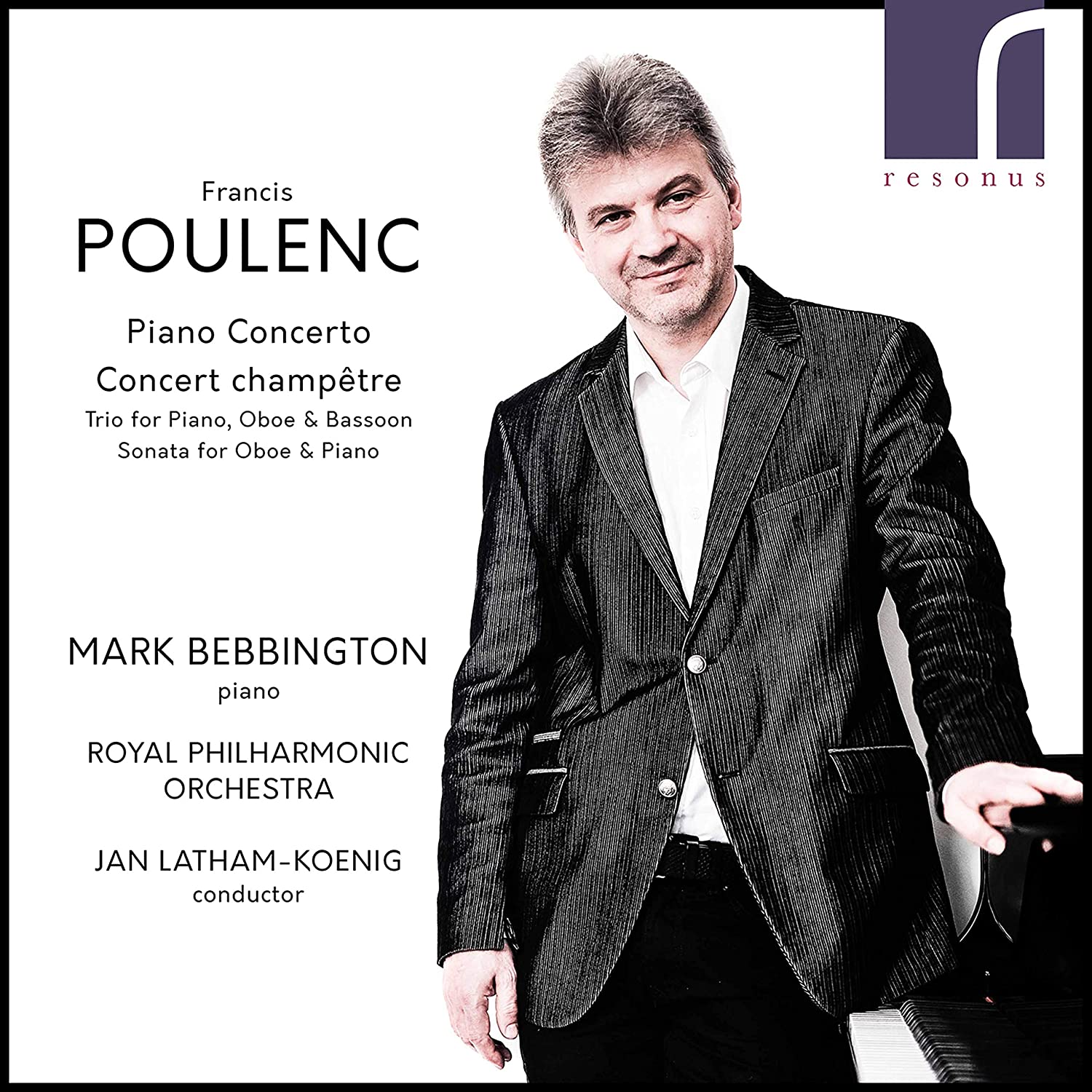 The incomparable Mark Bebbington, to whom British music owes more than a tip of the hat, turns his attention to the French with a superb new CD of Francis Poulenc. Jan Latham-Koenig and the Royal Philharmonic are collaborators in two of the master’s five concertante pieces, and oboist John Roberts and bassoonist Jonathan Davies join Bebbington in striking performances of two chamber works.

Bebbington, Latham-Koenig and the RPO players are so focused on pointing up every expressive moment of these richly allusive concertos, the first and last Poulenc would write, that both emerge as strikingly vivid, despite their myriad subtleties. Amid the Piano Concerto’s pellucid textures, no occasion for dramatic tension is neglected. In the first movement, for instance, Bebbington skilfully shapes and colours the portentous solo chord progressions that elicit varied responses from the orchestra in such a way that you’re kept on the edge of your seat, eager to know what direction the musical discourse will take next. The wistfully tender Andante con moto makes its way with irresistible poise and directness. The Rondeau finale, alternating between tongue-in-cheek wit and ebullient high spirits, is all the more beguiling for its understatement.

Nigel Simeone’s elegant booklet notes indulge in some special pleading for the Concert champêtre – commissioned and premiered by the harpsichordist Wanda Landowska – by carefully documenting Poulenc’s own performances on piano. But if we’re to hear much of this intriguing piece in future, it will likely be on the piano, the steel-frame instruments that Pleyel created for Landowska’s revival of the harpsichord having become historical anomalies. In any case, Latham-Koenig and Bebbington bring keen sensitivities for sonority and balance to a performance that is a model of clarity and precision. Bebbington’s wholehearted embrace of the piece and his relish for Poulenc’s stylishness combine to make the score’s occasional archaising seem perfectly natural.

Expert ensemble on a more intimate level rounds out this superbly conceived programme. Roberts, Davies and Bebbington vividly capture the ferment and insouciance of inter-war Paris in the 1926 Trio, a work encouraged by Stravinsky and dedicated to Falla. But it is Roberts and Bebbington’s deeply felt reading of the Oboe Sonata, composed during the last summer of Poulenc’s life and dedicated to the memory of Prokofiev, that provides the capstone to a recording rich in sensual gratification and intellectual nourishment.

Sonata for Oboe and Piano

Trio for Oboe, Bassoon and Piano