Staier and his harpsichord in a world of melancholia 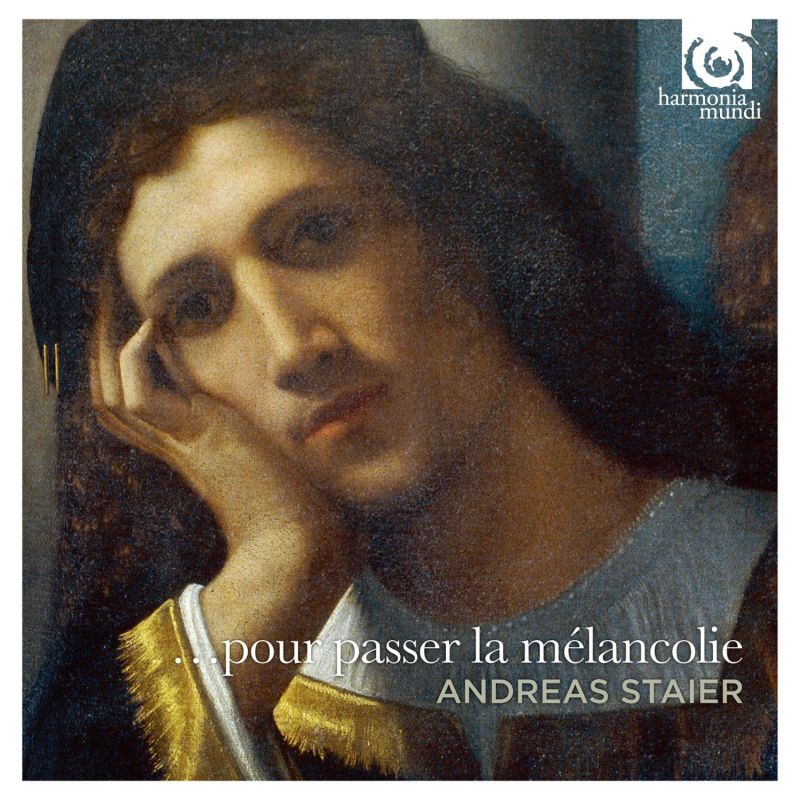 ‘…pour passer la mélancolie’ is harpsichordist Andreas Staier’s engaging survey of a complicated collection of affects and gestures that seem to suggest an analogue to the philosophical idea of melancholy. The music selected comes from familiar figures such as Froberger, d’Anglebert and Louis Couperin, and lesser lights, including some spectacular showpieces from figures such as Johann Caspar Ferdinand Fischer. Some of the works, including Couperin’s ‘Tombeau de M de Blancrocher’ (from the Suite in F major), are staples of the repertoire but much of what Staier champions will be a pleasant surprise to most listeners.

Melancholia was one of the basic humours of the body, its etymology referring to the black bile which Greek physicians believed was the cause of the sadness, listlessness and general malaise associated with the affliction. Today we would say ‘depression’ and treat it with drugs. But in the 17th century in particular it was closely associated both with artistic and intellectual creation, and with music, which was deemed the best remedy for the suffering.

From the same general period we have curious, almost programmatic works for the harpsichord: the tombeau, which served as musical grave marker or epitaph; the passacaglia, which reached extremes of tension and expressivity; and impossible-to-categorise fantasy works which bore titles seemingly ripped from the sensitive artist’s daily journal. In the last of these categories are some exceptionally beautiful and haunting pieces by Froberger, which form the backbone of Staier’s album.

The challenge here is to manage so many musical oddities, so much over-the-top straining at new sounds and new ways to intensify the harpsichord’s aural possibilities. These pieces were probably never intended to be heard in such close proximity to each other but trotted out as rarities and novelties. But Staier paces the album well, raising the temperature with the brilliant virtuoso bric-a-brac of Fischer (who loved repetitive figuration and ostinato patterns) then rapidly downshifting to the more intimate and nourishing meditations of Louis Couperin.

If there’s a quibble to be raised it is that, in an album devoted to a kind of emotional excess, Staier gives generally Apollonian performances. Compare the austerity and temporal stretching of Christophe Rousset’s reading of the Couperin Tombeau (Aparté) with Staier’s more forthright approach and it’s hard not to be a little disappointed with the latter’s caution. But Staier’s Froberger is played with a sure hand and a compelling sense of how to stretch the music’s almost verbal rhetoric to the limits of what the musical line can bear. And while any more Fischer would be too much, Staier’s sheer exuberance in rendering this deliciously absurd music is infectious. The instrument, a thoroughly rebuilt anonymous harpsichord (the original ravelement dated Lyons, 1748), has more than sufficient personality to bear up to the musical demands.