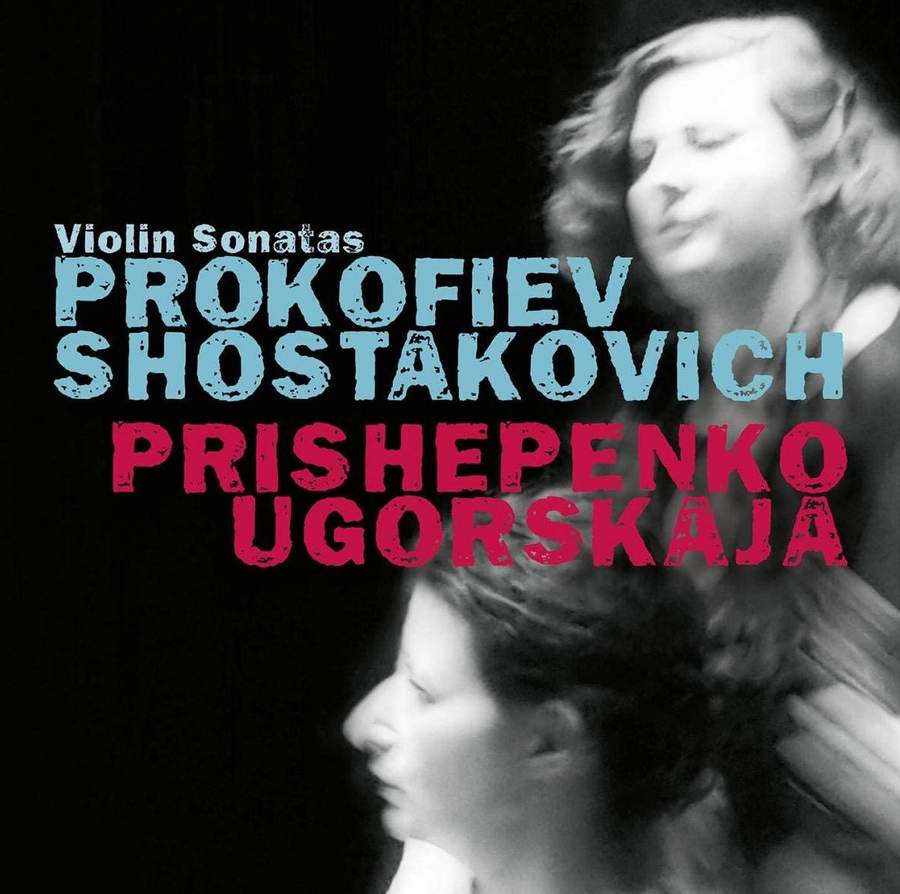 This thoughtful coupling, one that might have been expected to initiate a whole series of recordings from the two Russian-born, German-resident artists, instead stands alone following the death last September of pianist Dina Ugorskaja. Only 46, she was already established as a determinedly individual keyboard stylist in the mould of Anatol Ugorski, her father and principal piano teacher. If you don’t immediately recognise the name of Natalia Prishepenko that can only be because she devoted 18 years to leading the redoubtable Artemis Quartet rather than touring as a soloist.

Given Ugorskaja’s tendency to rapt introspection at leisurely tempos I was initially taken aback by the duo’s focused take on these David Oistrakh-inspired works. The Prokofiev comes first in physical format, its disparate moods consciously held within bounds. After an Andante assai which outpaces Oistrakh to a degree some might find unsettling, the second movement is kept on the tight rein implied by its Allegro brusco marking; Prokofiev’s ‘big tune’ is never allowed to squander momentum. The Andante by contrast is hushed and tender, closer than usual to the Impressionist Debussy. Here Ugorskaja’s liquid arpeggiation and Prishepenko’s confiding melodic line combine to great effect. The finale begins in carefree vein, heft building only with the approach of the rushing scalic passages from the first movement. Prokofiev intended these to sound ‘like the wind in a graveyard’ and the wind blows purposefully here, not only a covert memorial to the composer’s contemporaries lost to the Terror and the Great Patriotic War but a valedictory gesture from the pianist herself. As the storm subsides Prishepenko cedes pride of place to Ugorskaja’s clearly articulated bell-like chords.

Next, the balder abstractions of Shostakovich’s Violin Sonata – not so much softened as made to sound spontaneous. Modelled to some degree on Prokofiev’s template, the first movement loses some of its austerity with dark Jewish comedy as well as wintry grimness in the mix. After their forceful account of a Scherzo often ranked among Shostakovich’s most abrasive, formal rigour and humanity are meticulously balanced in the Largo – Andante, almost as long as the first two movements together. While neither its explosive cadenzas, for piano then violin, nor its dying tremors are one whit underplayed, Prishepenko and Ugorskaja find a wealth of fine detail in the shadows. The intimate studio acoustic works surprisingly well.