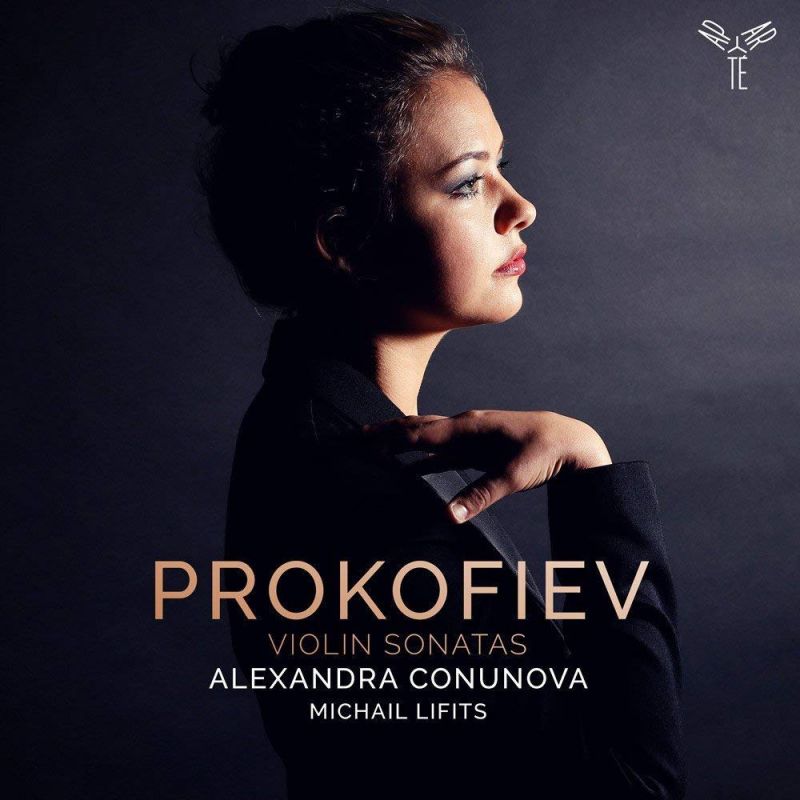 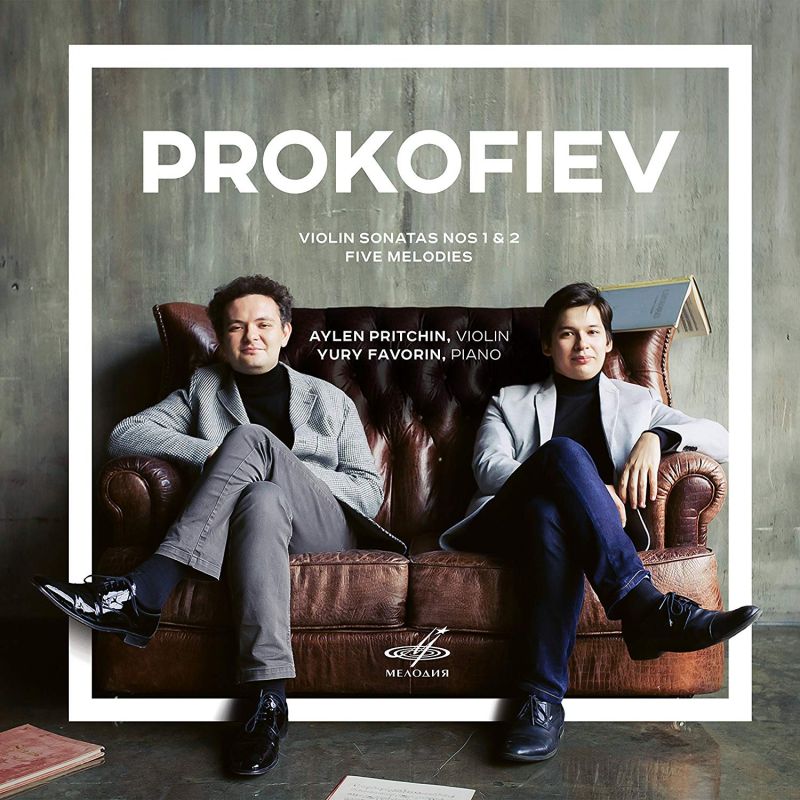 I’d heard Michail Lifits on the superb recital disc he made with the highly individual Vilde Frang (EMI, 9/11), but I hadn’t heard or even heard of Alexandra Conunova, and Aparté provides no biographical information. An internet search led me to learn that Conunova was born in Moldova in 1988, took top prize at the 2012 Joachim competition and now lives in Germany. This recording reveals her as a major artist – every bit Frang’s equal, I’d say, in terms of both technical assurance and interpretative daring.

Conunova grabbed my attention from the first bars of Prokofiev’s First Sonata, employing a hoarse, beseeching tone and giving each repetition of the initial shivering, semitone motif its own meaningful inflection. Remarkably, she and Lifits sustain this level of involvement and imagination. At the sudden shift to B minor (at 3'01"), for instance, they evoke bells pealing near and far, creating an atmosphere so desolate and dolorous I can almost feel the chill in the air. And, speaking of cold, Conunova plays the extraordinary passage at 4'38" – marked freddo and described by the composer as ‘like wind in the graveyard’ – with a delicate, raspy scrape, as if she were drawing her bow across an icy fingerboard.

There’s a wealth of detail to savour in these performances, clearly, and insufficient space to share my appreciation. So a few highlights: Conunova’s boastful (and beautiful) tone in the second movement’s eroica melody at 1'01"; Lifits’s eloquent, supple phrasing in the Andante; the gusto with which the pair negotiate the finale’s shifting metre; the way they make the work’s odd, concluding phrase sound like the moral of a fable. And, in the Second Sonata, the way they characterise the fanfare-like triplets (from 3'43") so there seem to be trumpets or bugles in every direction (as with the aforementioned bells); their taut interplay in the Scherzo; the soulful hint of bluesy-ness at 1'10" in the Andante (Prokofiev’s melancholy memories of Paris, perhaps?); and the exhilaration of the final bars, achieved here through articulation, gesture and tonal intensity rather than mere speed.

Aylen Pritchin (just a year older than Conunova) and Yury Favorin’s muscle-bound, blunt-edged performances for Melodiya do not fare well in comparison. Where Lifits shapes the introductory phrase of the First Sonata, say, Favorin gives every note a plodding deliberateness. There’s nothing remotely chilly in the way Pritchin plays the freddo passage at the movement’s end. They both smooth over the finale’s irregular metre and, in the Second, skate through all of its sudden and exquisite changes of key. They go guns a blazing through the Second’s Scherzo, ignoring the fact that in there are only two brief fortissimos – at the end of the first section and in the coda.

There’s no question that Pritchin and Favorin are technically well equipped but Prokofiev’s sonatas deserve greater thought and care. And that’s what Conunova and Lifits give – in spades. I can’t recommend their freshly considered, vividly recorded interpretations highly enough.