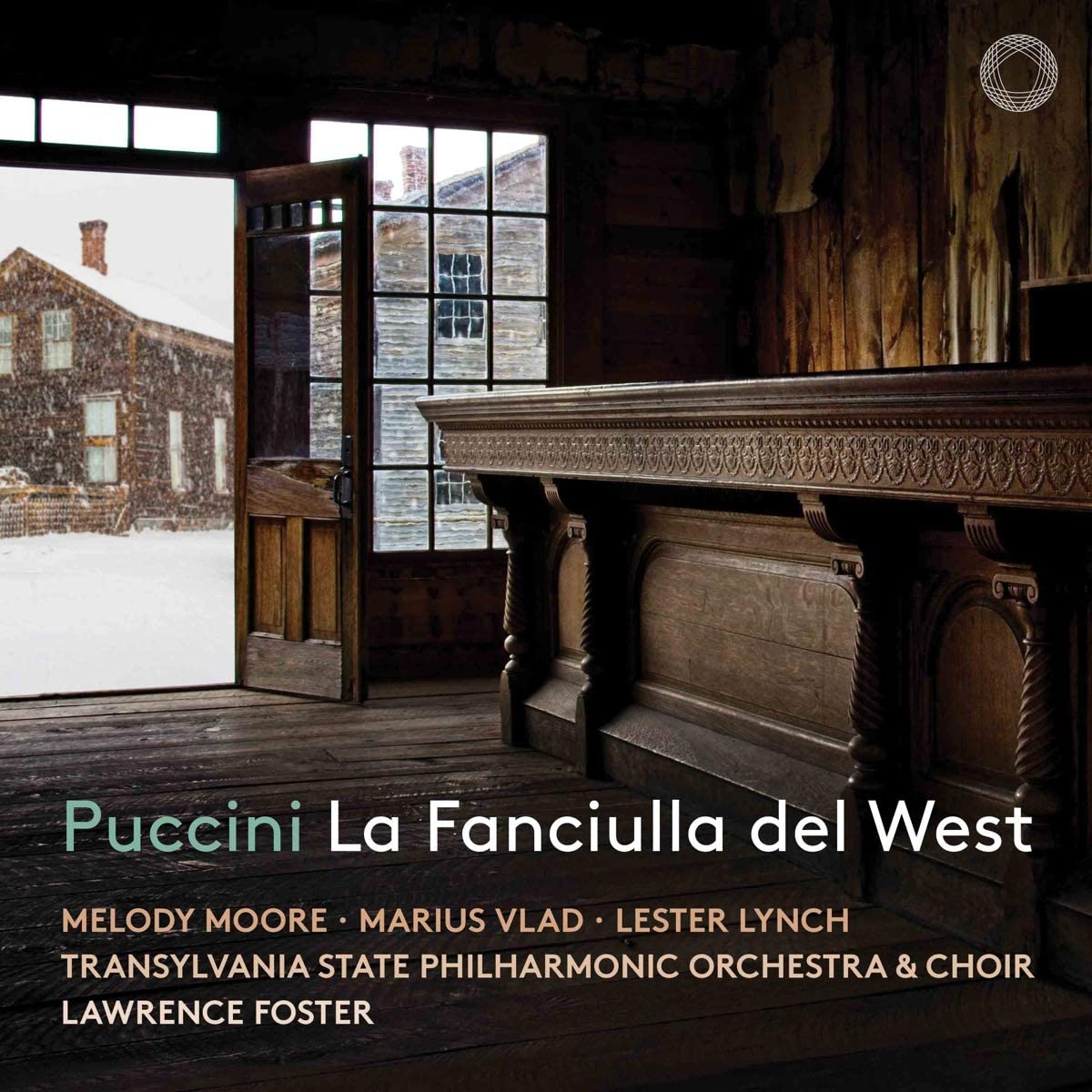 Transylvania may not be the first location you would think of to track down Puccini’s operatic spaghetti western on disc, but preconceptions are there to be challenged. The only album recorded by the Transylvania State Philharmonic Orchestra of Cluj-Napoca I’d chanced upon before was, not unreasonably, George Enescu’s Third Symphony on the old Marco Polo label. But seeing the orchestra’s name on the cover of Pentatone’s new recording of La fanciulla del West was an eyebrow-raiser.

Fanciulla is Puccini’s most symphonic score, and the orchestra is as important a character in the opera as the three leads, establishing the brave new world of the 19th-century California gold rush, the loneliness of its isolated mining community and the harsh conditions they suffer. It’s to the immense credit of the Transylvanian orchestra – founded as the Cluj State Philharmonic in 1955 – and conductor Lawrence Foster that they can stand comparison with the Orchestra of the Royal Opera House and Zubin Mehta on the famous DG recording of 1977. (Ironically, in 2017 Pentatone remastered this recording for an SACD release.) Helped by the rich recording, made in the Studio of Radio Cluj, the orchestra makes a big impact, from the weighty brass of the brief prelude to the warm strings recalling Dick Johnson’s ‘Quello che tacete’ as feisty saloon owner Minnie and her lover Johnson head off into the California sunset. Foster draws plenty of felicitous detail and his pacing is sure, building tension well at the end of Act 2, where Minnie cheats sheriff Jack Rance in a game of poker to save the life of the bandit (Johnson) he’s pursuing.

On the whole, Pentatone’s casting is good rather than inspired when compared with the best Fanciullas. Franco Capuana’s Rome recording boasted Decca’s regular partnership of Renata Tebaldi and Mario Del Monaco, while Mehta’s featured Plácido Domingo and Sherrill Milnes at their peak. Carol Neblett was the relatively unknown quantity for DG, an excellent Minnie, in one of her few recordings. Cluj-born tenor Marius Vlad is the unknown quantity here. As Johnson, he has quite a heroic, open tone – closer to the stentorian Del Monaco’s unhinged bandit than Domingo’s smoother operator – although there are moments where it sounds effortful. Vlad sings a number of dramatic verismo roles and I’d certainly be interested in hearing him get his teeth into more of this repertoire.

The other two principals are familiar singers of the Pentatone stable, featuring on recent issues of Il tabarro (12/20) and Cavalleria rusticana (8/20). Melody Moore is a very fine Minnie, warmly sung in Neblett’s mould. ‘Laggiù nel soledad’, the arioso where Minnie describes her childhood and how much her parents loved each other, is vividly characterised. She lacks a bit of Tebaldi’s steely attitude, but the Italian diva had some squally moments in her Decca recording. I’m less enamoured of Lester Lynch’s Rance. His gritty baritone often sounds laboured, not as dashing – or as dangerous – as Milnes, despite a good snarl.

There are many comprimario roles in Fanciulla – brief cameo moments, but essential in building the sense of a community putting up with and supporting each other. Kevin Short is a reliable Sonora but the others lack the character you find on Mehta’s recording, which was allied to a stage production at Covent Garden running at the same time, or Capuana’s, where the classy Giorgio Tozzi pops up to sing Jake Wallace’s homesick ballad. But these are minor quibbles. Fanciulla is an opera that needs all the supporters it can get (Alexandra Wilson contributes an effective defence in her enjoyable booklet note) and this is a recording that should win the work – and the Transylvanian orchestra – new friends.

(La) Fanciulla del West, '(The) Girl of the Golden