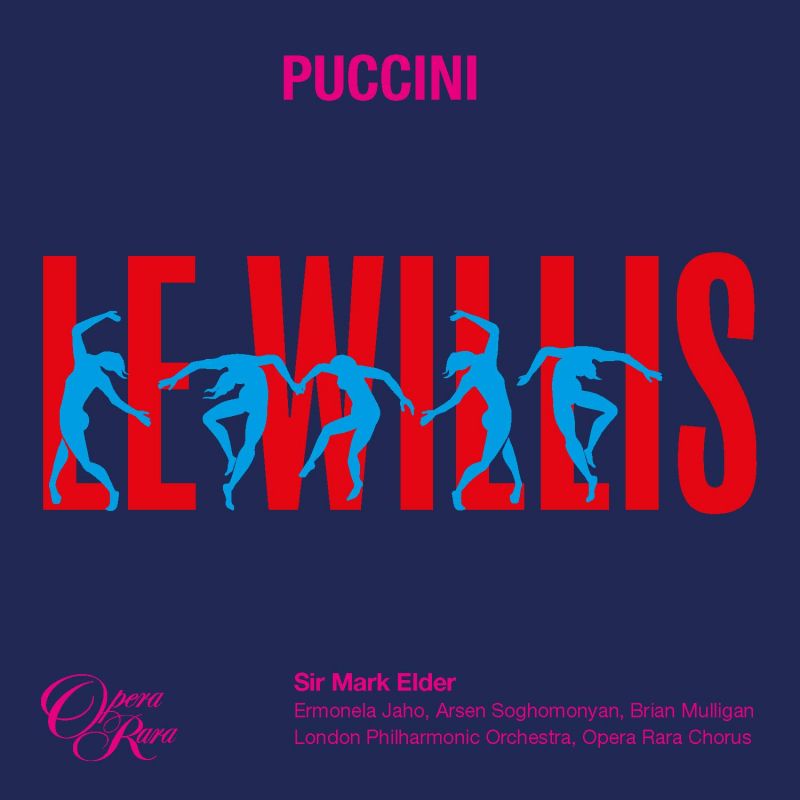 When Opera Rara gave a concert performance of Puccini’s Le Villi in London in late 2018 with Mark Elder and the London Philharmonic, it wasn’t just giving Puccini’s first opera a rare public outing. It was offering Puccini’s very first operatic thoughts, since the company was premiering Martin Deasy’s critical edition of the original, 1884 one-act version (known as Le Willis).

This was the opera that so entranced the Milanese critics and the public, and also incited a backlash against the judges of the competition for which Puccini had put forwards the score (not only did he not win a prize, he wasn’t even commended). As Deasy points out in a perceptive programme book essay, however, even this story may have been part of the Puccini spin machine: it’s possible that the wily publisher Giulio Ricordi helped to engineer the story of the composer’s ‘failure’ in order to whip up more hysteria for his new signing after his sudden success. Everybody loves an underdog!

What can’t be argued, despite what Deasy proposes about the cultural and literary context for Ferdinando Fontana’s libretto and his dramaturgical ideas, is that the one-act Le Willis is superior to the two act version. What Puccini excels at is damaged love, and you simply get more of it in the rethink, essentially through two proper arias for Anna, the abandoned fiancée, and her lover Roberto, who is driven to death by the ghost of Anna and a squadron of avenging spirits, the Willis of the title. Thankfully, Elder tacked on the additions to the end of the recording, and both solos are feistily delivered by Ermonela Jaho’s Anna and Arsen Soghomonyan’s Roberto. Neither, though, tears the heartstrings here as much as Renata Scotto or Plácido Domingo in Lorin Maazel’s 1979 recording (Sony, 5/81).

As a drama, Le Villi is a quirky curiosity – most of the action takes place offstage and is described by a tempestuous intermezzo, played with élan by the LPO and energetically conducted by Elder. The conductor’s vigour carries through the whole recording, making the most of this edition’s concision, and Elder powerfully shapes the two climaxes, the prayer for Roberto as he leaves Anna’s village and the disturbing finale. The unevenness of Jaho’s tone – hers is not a natural recording voice – is leavened by the emotional frailty the Albanian soprano brings to the role. Soghomonyan has an oaky, baritonal tenor, forceful and impassioned, but too similar in colour to actual baritone Brian Mulligan’s sympathetic Guglieglmo, Anna’s vengeful father. The Opera Rara chorus provide vivid support.