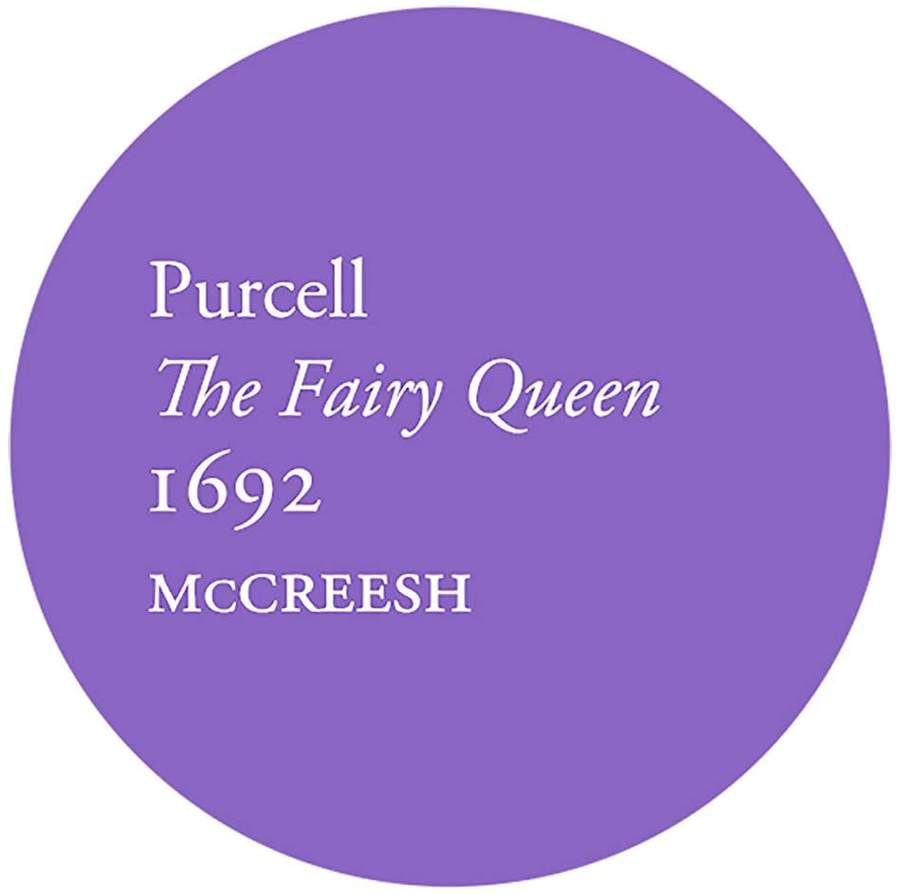 The dramatic function of Purcell’s music within Thomas Betterton’s extravagant adaptation of A Midsummer Night’s Dream is not as tenuous as often assumed. Nevertheless, it makes sense that Paul McCreesh and Christopher Suckling’s edition of a concert version aims to fashion ‘a convincing musical narrative, despite the music being dislocated from much of its original theatrical context’. The use of low pitch (A=392Hz) enables idiomatic high tenors on ‘countertenor’ parts; a continuo group of several theorbos, guitar and harpsichord varies in combinations to accompany singers without bowed bass violin; and an equally balanced dozen-strong string band has bass violins on the lowest part instead of cellos (no anachronistic double basses, and seldom plucked continuo). Those used to bigger bass-driven sonorities might need to acclimatise to the airy climes of the opening Prelude but the articulation and texture of Purcell’s string-writing in the hushed Rondeau (played with cultured inégales) also benefits from French-style bow holds and unwound gut strings set up with equal tension.

The flexible interactions between nine soloists (with three additional singers in choruses) is impeccable – such as the free-flowing conversation between Ashley Riches’s genteel Drunken Poet (not a lager lout on the rampage) and fairies teasing without malice. The comedy has the atmosphere of a sly wink rather than a bold farce, and the spell cast for the mediocre bard to ‘sleep till break of day’ has soft compassion. The Masque of Night sustains an exquisite mood for Titania’s enchanted slumber: Carolyn Sampson’s beguiling Night is accompanied weightlessly by muted violins and violas, Anna Dennis’s Mystery has intimacy and discretion, Jeremy Budd’s mellifluous Secrecy is partnered sweetly with a pair of recorders, and Sleep is whispered spellbindingly by Riches (the chorus ‘Hush, no more’ exploits silences unerringly).

‘If love’s a sweet passion’ is a refined duet between Dennis and James Way, with sensitive choral refrains. Sampson’s gossamer-like ‘Ye gentle spirits of the air’ is accompanied with imagination and tact by harpsichordist Jan Waterfield, whereas the comic duet for the Mummerset haymakers Coridon (Riches) and Mopsa (Charles Daniels) has plenty of flirtatious sauciness. Mhairi Lawson’s acerbic ‘When I have often heard young maids complaining’ is feisty rather than melancholic. The Masque of the Seasons in celebration of Oberon’s birthday is by turns articulate, relaxed (Rowan Pierce’s Spring), bucolic (Budd’s high tenor Summer introduced by chuckling oboes), commanding (Roderick Williams’s declamatory Winter), and splendid (the trumpet-festooned choruses).

Sampson’s heart-rending singing of the Plaint (relocated as an interlude between Acts 4 and 5) is a sublimely attuned dialogue with Christopher Palameta’s soulful oboe. Jean-François Madeuf’s silver trumpet (without modern vent holes) spars suavely with Budd in ‘Thus the gloomy world’ (its rapturous middle section recalling humankind’s state of innocence is judged perfectly), and also provides a jubilant platform for Lawson’s brilliant ‘Hark the echoing air’. The Chaconne for the Chinese dancers, repositioned after the final chorus in praise of Hymen, is played with swaying sophistication. Even if a splash more extrovert energy and tauter speeds here and there might have yielded more theatrical fizz, McCreesh’s labour of love has abundant nuances and transcendent beauty.