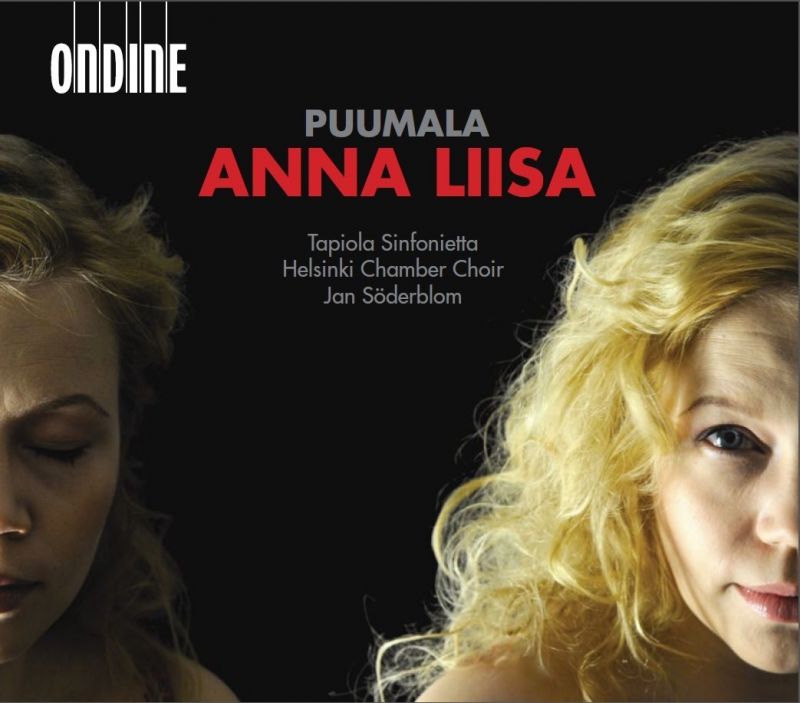 There have only been two previous references in these pages to the Finnish composer and teacher Veli-Matti Puumala, 50 this year, one of them as a booklet-note writer for Sallinen string quartets. Puumala studied under Paavo Heininen and Franco Donatoni. Anna Liisa, his only opera to date and based on a noted 1895 Finnish play by feminist activist Minna Canth, was premiered at the Helsinki Festival in 2008. A 12-tone work with extensive and formally adventurous ensemble-writing, it has testing contributions from both chorus and orchestra, as well as a large solo part especially conceived for a non-classically trained folk singer.

Before the action begins, the heroine, daughter of a prosperous farmholder, has had an affair with a farmhand and has killed the resulting child, plot elements recognisable from both Jenůfa and Strindberg’s Miss Julie. Anna Liisa – now under pressure from both that farmhand Mikko and his mother Husso (the folk singer role) to formalize this past relationship and to abandon her plans to marry Johannes, a more socially respectable fiancé – ignores her parents’ fear of social disgrace, confesses all and goes to prison.

Following rather in the footsteps of Berg, Puumala often adapts specific musical forms to distinguish stages of the dramatic action. An extended choral finale to the whole work (Act 3, scene 4d) is formed by a set of variations on early-20th-century collected folk material (‘a paraphrase from a modern perspective’, says the composer). It both sounds like a kind of dodecaphonic Baroque fugue and, through its scale, confirms the heroine’s confession as a courageous convention-rejecting decision on behalf of honesty and her own spiritual freedom. An ensemble of similar virtuosity – more centred this time around the soloists – drives the crisis in Act 2 where Mikko and Husso confront Anna Liisa and her family with threats about revealing the story of the baby murder. Puumala has also been careful to find individual colours for the soloists, calling for the greatest virtuosity (large intervallic leaps) from Anna Liisa herself when she is most under pressure – rather like the madness of an updated bel canto soprano. The composer distinguishes the leading men (Anna Liisa’s two lovers and her father) from each other through phrasing as much as through pitch.

This recording from last year feels tight and exciting, no mean achievement for the revival of an evidently difficult score dependent on stage hysteria and tension. Helena Juntunen is outstanding in the title role both vocally and emotionally and Jorma Hynninen makes much of her compromised father. The booklet provides all the essential information and decent, perhaps rather literal translations. Anna Liisa is something special and deserves wide circulation outside its native land.