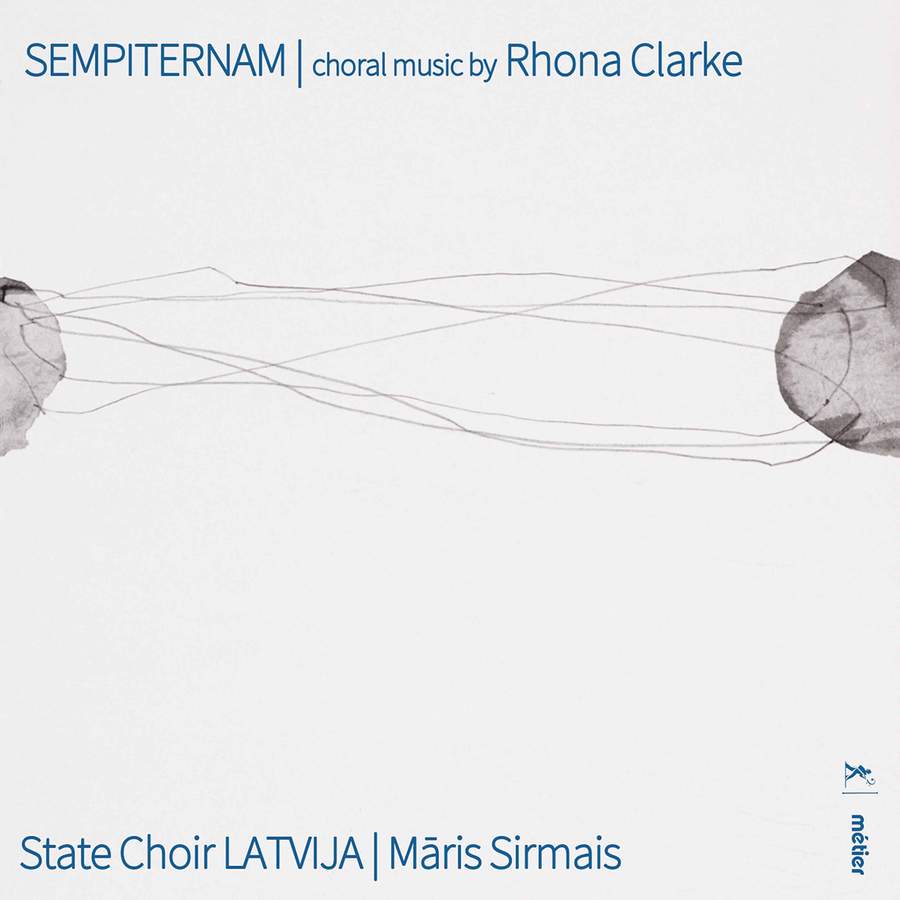 This release collects 30 years’ worth of choral music by one of Ireland’s most cherished composers and teachers. It is Rhona Clarke’s second portrait album on Métier, following the Fidelio Trio’s ‘A Different Game’ (5/17), a disc of piano trios; teaming up well with the State Choir Latvija, Clarke here stakes a claim as a significant composer of choral music.

During her PhD studies and beyond, Clarke was an active chorister, which shows in her idiomatic style and favouring of Latin text. Clarke has said she considers Latin the ideal language for singing, and her Latin text-settings leisure in long vowel sounds, often combined with melismatic counterpoint and early music elements. O vis aeternitatis, setting a text by Hildegard, is one example, with textural contrast between open and closed harmonies alongside dramatic glissandos and chanted speech. The Two Marian Anthems, with their modal modernism and contrasting perspectives on the divine, tip a hat to Messiaen. In the State Choir Latvija’s enthusiastic reading of the first song, the call and responses are clarion bright and intermeshed voices never hide the text’s legibility. The second song, by contrast, is a serene wash of smooth homophony based on sustained major seconds and gentle dissonances. The programme’s centrepiece is Clarke’s 20 minute-long setting of the Requiem Mass, composed early in the pandemic, wherein the modernist Lux aeterna’s expressive intensity contrasts with the more august Pie Jesu, with hints of Fauré peeking through in the latter.

The other main thread is an affinity with the British choral tradition. The Three Carols on Medieval Texts are straightforward in melody, metre and texture: in ‘Glad and blithe’, doublings of the melody alternate with homophonic chorale; ‘Lullay, my liking’ is a strophic minor-key song; while ‘Make we merry’ is as it sounds – a rousing, rhythmic song tracing pentatonic and mixolydian contours. The Old Woman, a setting of a children’s rhyme, features chanting and handclaps, while A Song for St Cecilia’s Day sets Dryden. ‘From harmony, from heav’nly harmony, / This universal frame began’, the choir sings in the latter – a couplet that could be a motto for this inviting recording.

A Song for St Cecilia's Day

Do Not Stand at my Grave and Weep