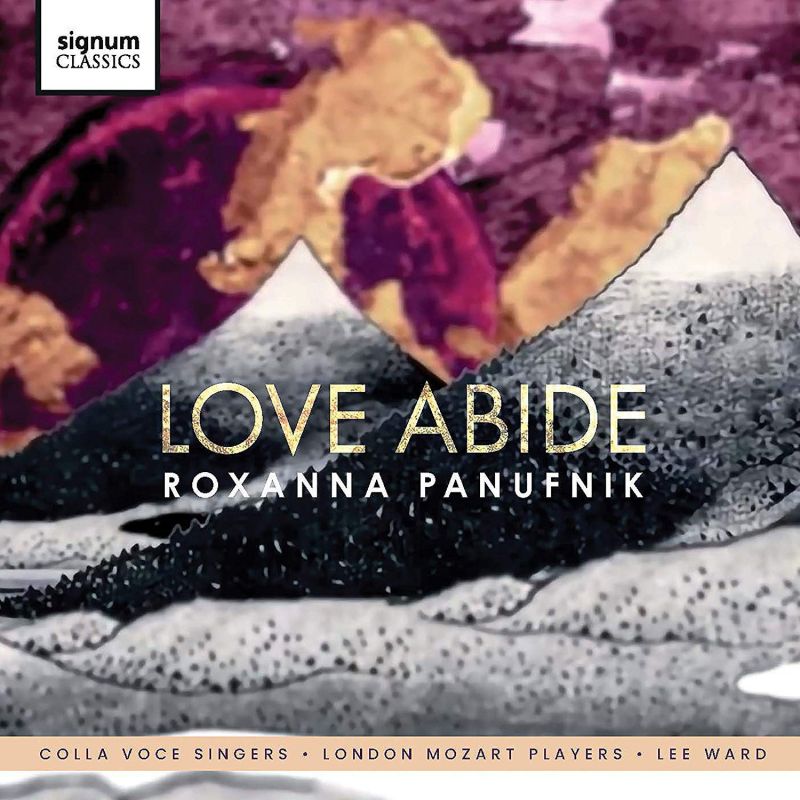 If I had to choose a ‘glass-half-full’ contemporary composer, then Roxanna Panufnik would be near the top of my list. Her music exudes openness and inclusivity, and it is in the choral settings where hope and positivity – two words that lie at the heart of her work – are most keenly felt.

This hope is communicated, prism-like, through the rich range of styles and musical references heard in Panufnik’s vocal music, upon which she draws with almost carefree abandon. In Love Endureth, snippets of Spanish Sephardic chants combine with Hebrew psalm tunes to form a striking synthesis in a powerful and assertive performance by Voces8 under Barnaby Smith. Sufi rhythms fuse with Turkish modes in ‘Love is the Master’ (from Love Abide) to generate a mantra-like atmosphere, while the evocative, earthy tones of the shakuhachi flute combine with resonant voices in Zen Love Song.

Sombre moments do appear in Panufnik’s music from time to time and she does not always cast her stylistic net so wide. A more cautionary tone is communicated at the beginning of ‘Love Abide’, which features mezzo-soprano Heather Shipp’s resonant vibrato, although the ending remains optimistic; while the two Mass settings that round off this disc draw on the rich, reverberant hues of the English choral tradition. The London Mozart Players provide adequate support without ever drawing attention to themselves.

Panufnik has produced several important choral works since Love Abide’s original release on Warner Classics in 2013, including last year’s Proms commission Songs of Darkness, Dreams of Light and the large-scale oratorio Faithful Journey – a Mass for Poland for the CBSO. However, much of her recent work can be seen to be built on the solid foundations laid down on this impressively varied and diverse collection. A music of hope in dark and troubled times.

Mass of the Angels