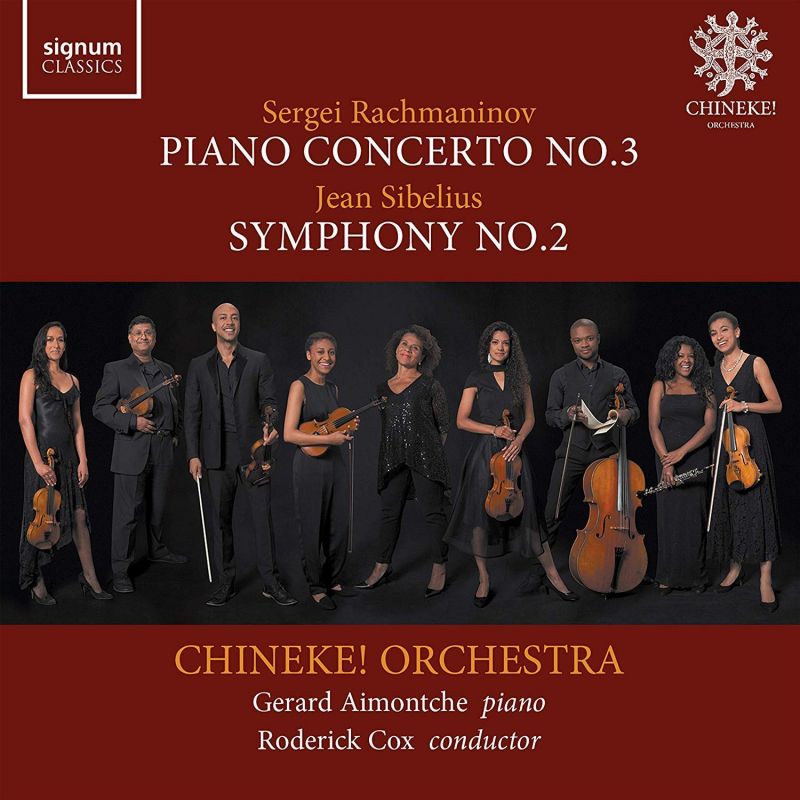 In an ideal world there should be no need for a special orchestra that selects musicians on the basis of colour and race, any more than for one that prescribes gender or sexuality. But perhaps such a universe is still as utopian as John Lennon’s ‘Imagine’. Meanwhile, for founder Chi chi Nwanoku the Chineke! project is all about ‘redressing balance and changing perceptions’, and a review is not the place to editorialise.

Now in their third year, Chineke! Foundation and Orchestra are entering a phase where they deserve to be scrutinised according to their actual ability and achievements, not just for their novelty and agendas. They are certainly on their way to showing that they can be considered on a par with any non-Black and Minority Ethnic (BME) orchestra. Since their previous recording (also for Signum and also including Sibelius – 9/17) they have clearly improved greatly on their ensemble playing and overall presence. And they still radiate dedication and energy. The hurdle to cross now is that there are times when their absorption with the technicalities of ensemble looms larger than the joy of actual music-making.

This is the case, for example, with the third movement of the Sibelius, where their supersonic tempo is all well and good but the expressive imperative is hard to detect. (Don’t be misled by the booklet stating that the movement lasts over 12 minutes; that’s just a mistake in the track division, which has been placed in the middle of the finale.) Otherwise Roderick Cox’s tempos fall somewhere between Robert Kajanus’s 1930 reference recording (Koch Legacy) and that of Barbirolli (EMI – another reference, for its passionate humanism). But, overall, the emotional picture is still somewhat monochrome.

Similarly with Rachmaninov. Gerard Aimontche’s undoubted virtuoso command and the orchestra’s commendable responsiveness fall short when it comes to dramatic tension, dreaminess and generosity, qualities that are found in super-abundance from Lazar Berman with Abbado (Sony, 6/77), among others.

To bring in another drastic comparison, the Chineke! Orchestra has yet to find the special musical quality to go with its back story, in the way that the Simón Bolívar Orchestra and Dudamel so spectacularly did. Maybe when it shifts its attention to BME composers, as promised, there will be fewer invidious comparisons and more chance for their light to shine.