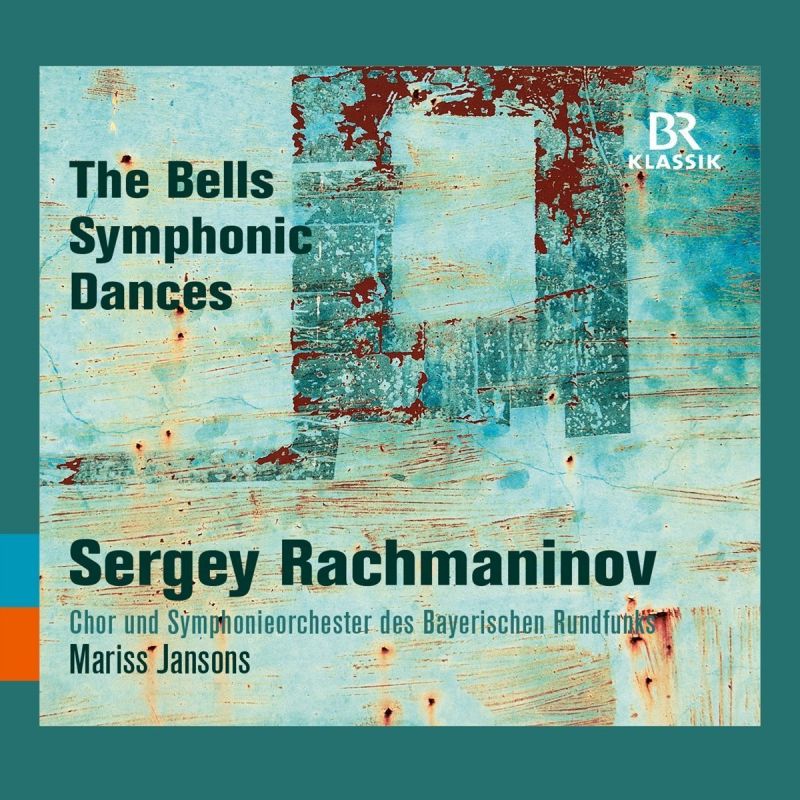 This superlative performance of Rachmaninov’s choral symphony The Bells is one of those stratospherically accomplished, ‘cosmic’ ones that Jansons says he is always trying to attain. For a long time my benchmark as a conductor of The Bells has been Evgeny Svetlanov. The fact that it was the last work he performed in London shortly before his death in 2002 lends his association with the music an additional, poignant dimension, and the recording of that event with the BBC Symphony Orchestra transmits the passion, intensity and radiant glow that were qualities forever associated with a Svetlanov concert. His 1979 recording with the USSR Symphony Orchestra, which was my top choice in a Gramophone Collection (A/09), is similarly a lasting reminder of his interpretative power and expressive flexibility. Call me obsessive, but I have just found in Moscow a previously unpublished live recording which Svetlanov made in 1958 in the Conservatoire’s Great Hall (SMCCD0157). Well restored and remastered, it is notably quicker than Svetlanov’s later versions but it is still a performance which, as Pushkin said in another context, ‘breathes and reeks of Russia’, with a positively diabolical third movement of alarum bells.

Like Svetlanov, Jansons has Rachmaninov in his very soul; but he is also able to capitalise on his remarkable ear for colour, clarity and atmosphere, coupled with his distinctive energy and probing depth of emotional understanding. His Bavarian Radio Symphony Orchestra, captured at Munich concerts in January 2016, is at its peak; the choir is well drilled, disciplined and red-blooded in the Russian text; and the three soloists are impeccable. Oleg Dolgov brings a lyrical, seductive tenor voice to the first movement; Tatiana Pavlovskaya is enchanting in the second, secure in intonation at that perilous climax where Rachmaninov has the soprano sing a high G while the orchestral harmony is luring her towards an A flat or an F; and Alexey Markov has a sonorous, burnished quality ideal for the finale. Jansons is well known and acclaimed for the detail that he can bring out of a score, and such is the case here with all sorts of subtle emphases and shifts of dynamics that highlight, for example, an unnerving stab of harmony or, in general, the panoply of bell-like sonorities that Rachmaninov achieves with only the rarest recourse to bells themselves.

Jansons is not averse to tweaking the tempo markings, for instance at the end of the first movement: according to the score, the Meno mosso, Maestoso marking at fig 25 (5'24") holds good until the end of the movement, but Jansons puts his foot on the accelerator at 5'46" in a way that sounds obtrusive first time round because you are not expecting it but which you get used to on repeated listening. In the great scheme of things it is not going to lessen the impact of the recording as a whole. The sustained, proper Lento of the second movement is sublimely judged, more or less on a par in timing with Svetlanov in 1958 and 2002, though Svetlanov exhibited an uncanny ability to reveal and exploit the music’s tensile capacity with a much more spacious reading in 1979. Jansons’s third movement bristles with terror, the chorus excelling in those exacting chromatic vocal parts, the orchestra contributing the shivers and bronze bell images of Edgar Allan Poe as reimagined by Konstantin Balmont, with notable thuds of foreboding from the double basses and bass drum at 5'18". Here, and in the Lento lugubre of the finale, Jansons’s command of rubato and the music’s ebb and flow of dynamic and pacing is innate, inspiring and spot-on.

Jansons has already recorded the Symphonic Dances with the St Petersburg Philharmonic and with the Royal Concertgebouw and, exceptional though those discs are, this latest performance with the BRSO, recorded live in January last year, is even more finely honed, more lithe in its muscle and graced throughout with Jansons’s trademark lucidity and luminosity. The orchestral timbre pits freshness and crispness against mellow warmth, mixing the two in an amalgam that ideally suits the music’s rhythmic bite and echoes of nostalgia. The joy of discs in general is that you can own more than one; I still treasure Svetlanov’s way with both these works (Regis has an excellent 1986 live performance of the Symphonic Dances). But this new Jansons coupling, lustrously recorded, is of such outstanding quality that it is in a class of its own.