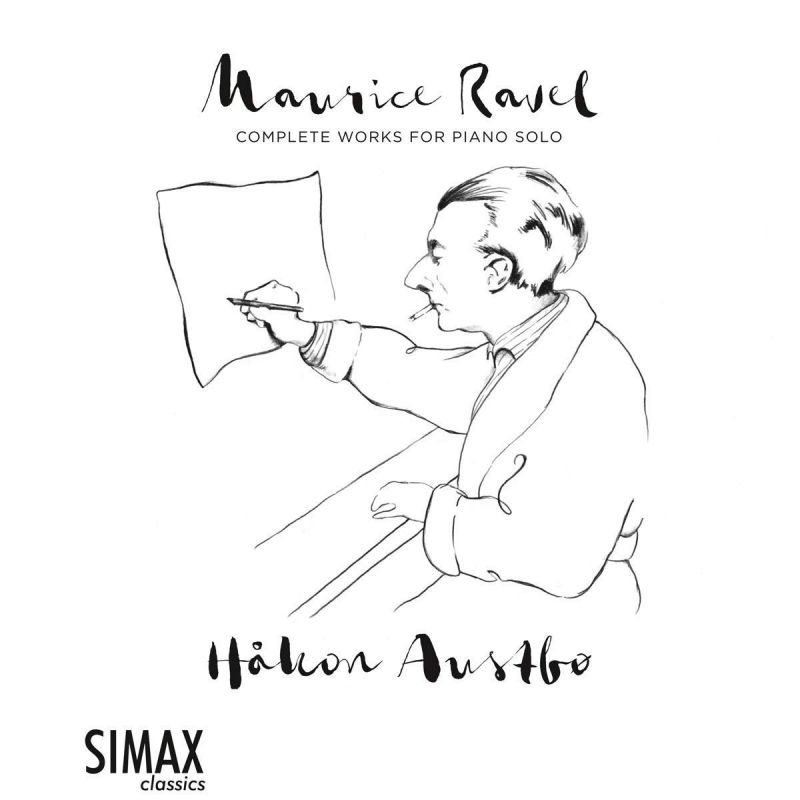 Given the consistent pianistic and stylistic excellence of his Janáček, Scriabin and Messiaen cycles and stimulating Chopin Ballades (9/15), Håkon Austbø’s Ravel frustratingly hits and misses. Gaspard de la nuit’s demanding outer movements fall short of the fluidity and demonic drive distinguishing a good number of superior versions (Pogorelich, Argerich, Osborne, Schuch and others), although the tolling repeated B flats and billowy chords of ‘Le gibet’ magically soar and float. In Le tombeau de Couperin, Austbø makes heavy going of the Prelude’s ornaments and close-lying counterpoint, yet calibrates his voicing of the Fugue in micro-increments. If the Forlane lacks the fluent simplicity of Rubinstein’s incomparable early-Sixties recording, Austbø’s unexpected accents and rubatos hold interest more than his less-than-bracing Toccata does.

While Austbø captures the wistful lyricism of ‘Oiseaux tristes’ and demarcates the dynamic plateaus of ‘La vallée des cloches’ to three-dimensional effect, the sultry rhythms of ‘Alborada del gracioso’ have no vitality and spark whatsoever, nor is there any real suppleness in the chattering passagework of ‘Noctuelles’ beyond Austbø’s meticulous rendering of the notes. But the pianist gives welcome emphasis to the often underplayed linear makeup of Valses nobles et sentimentales by basically shaping each movement from the bottom up. And what sounds superficially choppy in the Sonatine’s central movement actually represents Austbø’s scrupulous adherence to Ravel’s phrase-markings and voice-leading. These qualities also inform the shorter pieces, including a broader and less shimmering Jeux d’eau than you might expect, packed with ear-catching inner lines and accented up-beats.