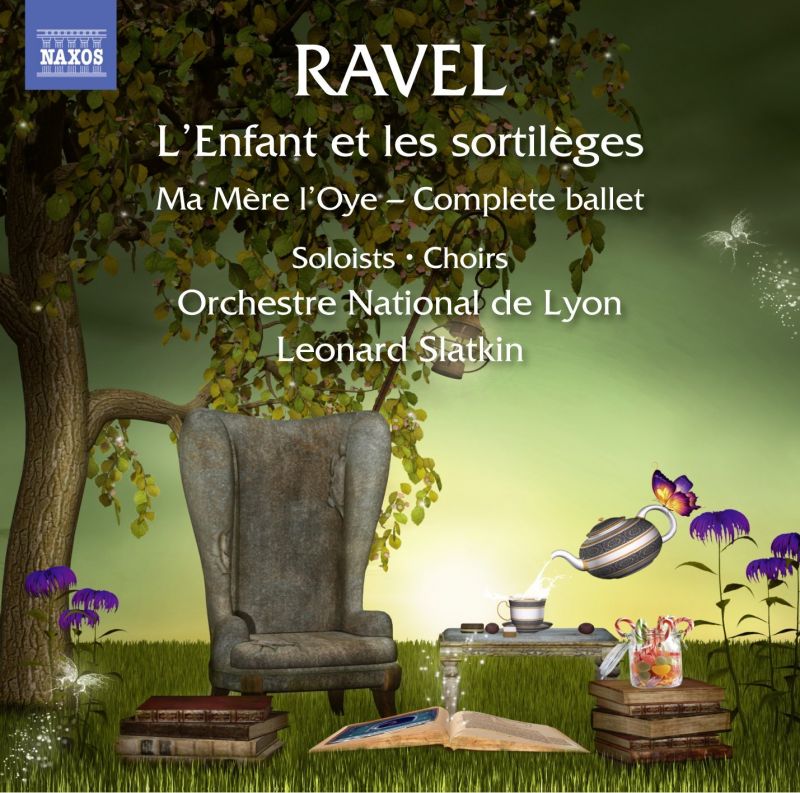 Here is that odious Child again, recorded in 2013, a few months before the recently issued live performance conducted by Seiji Ozawa. The Orchestre National de Lyon is not an opera-house orchestra, but under Music Director Leonard Slatkin they play Ravel’s glittering score to the manner born. The many fine soloists include oboes who breathe as one at the opening, and a pleasingly woody flute whose dialogue with the Princess is a high spot; not to mention the orchestral pianist, whose coruscating playing illustrates the Child’s tantrum when the Mother leaves him to reflect on his behaviour.

Colette’s fantaisie lyrique is in two parts. In his room, familiar objects that the Child has damaged come to life to confront him; then the action moves to the garden, where he is set upon by the animals that he has abused. In the end he shows compassion, whereupon the animals forgive him. Hélène Hébrard characterises the Child vividly; but the interval of a fourth, sequential or combined, is an important feature of the opera, so it’s a pity that her cry of ‘Maman!’ before the animals fall on her is imprecisely pitched.

Like Hébrard, the rest of the cast are native French speakers. It might be facile to equate this with being idiomatic, but to my ears they all sound just right. Jean-Paul Fouchécourt, who is also on the Ozawa and Rattle recordings, is a splendidly manic Petit Vieillard (‘Arithmetic’). Annick Massis, more luxury casting, eschews the trill at ‘Gare à toi!’ but is otherwise brilliantly fluent in Le Feu’s coloratura. Of the others, Delphine Galou – a real contralto – is especially notable.

In the complete ballet version of Ma Mère l’Oye, recorded back in 2011, Slatkin and his orchestra are on top form: beautiful solo strings in the Prelude and a deft account of the Dance of the Spinning Wheel. This disc is a terrific bargain.