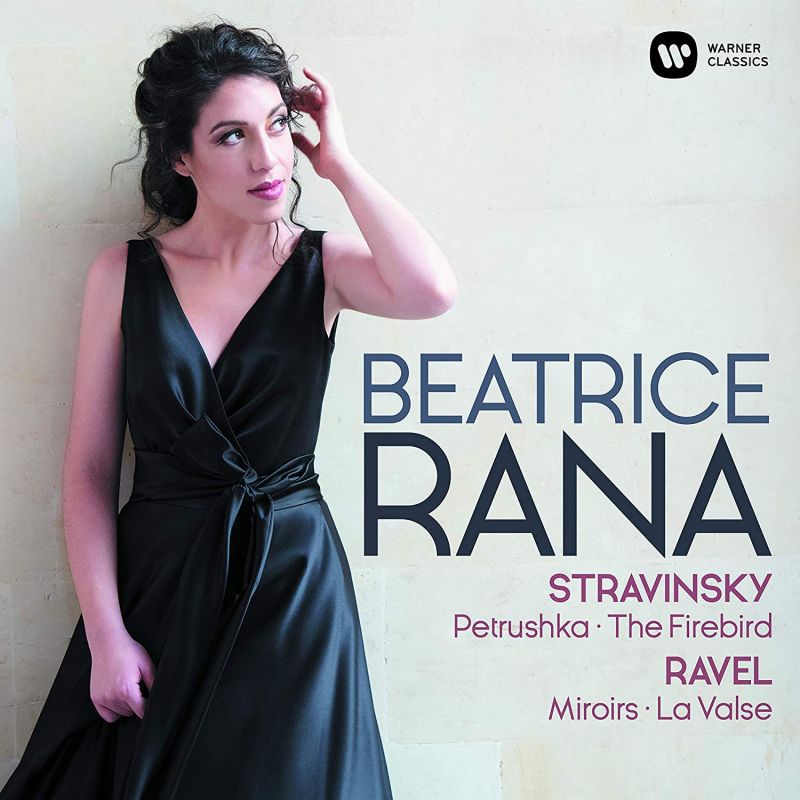 Since her silver medal at the 2013 Van Cliburn Competition, I’ve followed the career of Beatrice Rana with great interest. When introducing friends who aren’t musicians to her recordings, I usually mention a couple of things. Rana, who is the daughter of two professional pianists, tells the story that, when she was very young, it was easier for her to communicate with the piano than with speech. She is as authentic as they come and plays everything, be it the Goldberg Variations or the Prokofiev Second, as though nothing in the world could be more important. Rana’s new Warner release, recorded in June and September of this year, beautifully captures pre war Paris with Ravel’s Miroirs and two of Stravinsky’s ballets for Diaghilev, with La valse thrown in as a post-war snapshot.

Though we had a taste of Rana’s Ravel in Gaspard de la nuit on her first recording after the Cliburn (Harmonia Mundi, 2/14), the pieces here underscore the originality of her approach to the composer. Her seemingly infinite variety of touch, particularly at the quiet end of the dynamic spectrum, stands her in good stead, say, with a piece such as ‘Noctuelles’, where acutely differentiated levels of pianissimo make it difficult to distinguish the protean flight of the moths from the dust in their wake. Rana communicates her musical imagery with an ease and economy that belies its power. The heat in ‘Oiseaux tristes’ is almost palpable, muting the birds’ song as it wilts the entire landscape. Even a threadbare warhorse such as ‘Alborada del gracioso’ emerges freshly vibrant with a blend of uncommon harmonic emphases and kinetic vitality.

As evocative as the Ravel pieces undoubtedly are, the two Stravinsky ballet transcriptions belong in a category that can only be described as conjury. When all is said and done, you may ask yourself, as I did, where did these brilliant colours evoking Bakst come from, this protean energy punctuated by such rhythmic authority, these reserves of power? Or perhaps find yourself pulling out your Monteux or Boulez to see if the orchestral originals could really sound so prosaic in comparison.

There’s no question that Rana is an immensely resourceful pianist who can pull off dazzling effects when warranted. But it is her sane, thoughtful music-making, inerrant in focus, often strikingly original and always from the heart, that sets her apart. Not many 26-year-olds in my experience can boast artistry so satisfyingly complete.