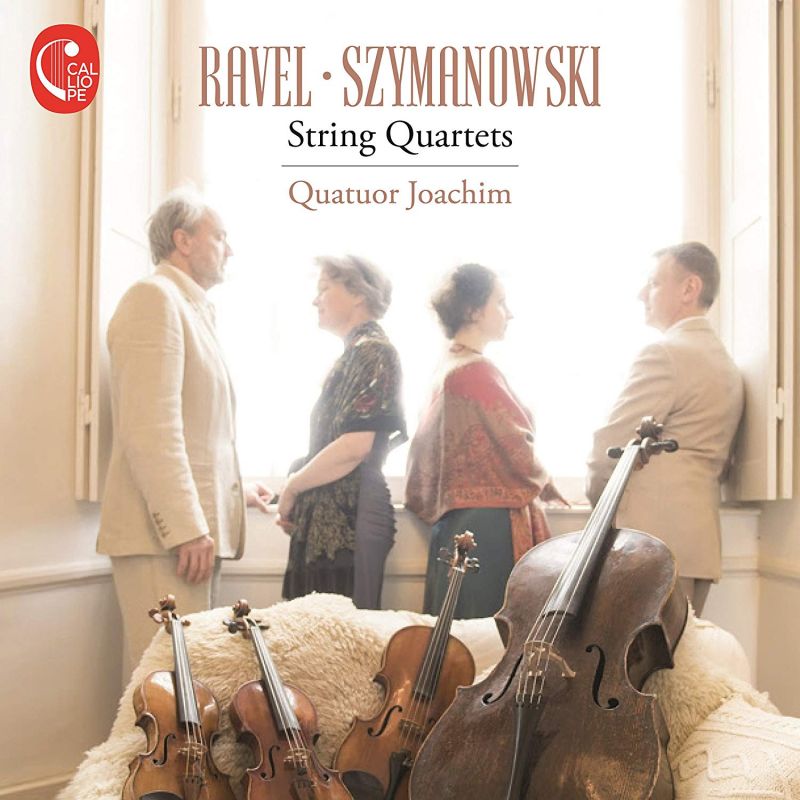 Quatuor Joachim describe themselves as ‘half French, half Polish’. Warmly reviewed in French repertoire, they’ve conceived this mixed programme of Ravel and Szymanowski as a ‘visiting card’. And superficially, at least, there are parallels between the two composers: the subtle textures, the delicately coloured and super-refined string-writing. But Szymanowski operates with a feverishness and a sometimes extravagant sense of fantasy that the master craftsman Ravel never quite permits himself.

One of the most compelling aspects of the Joachim’s playing is the way they manage to articulate those similarities while creating a powerful and entirely distinctive atmosphere for each of the works on this disc. Take the opening of Szymanowski’s First: leader Zbigniew Kornowicz swoons languidly in and out of the silence: this – you think – is going to be indulgent. And yet, throughout the programme, the Joachim combine an intense alertness to the music’s colour (flashes of sul ponticello steel among Szymanowski’s spikier moments; melting tenderness in the slow movement of the Ravel) with a dancelike rhythmic alertness (no pizzicato note ever lacks a sense of direction).

This is music-making of real personality. Vivid, virtuoso and intensely communicative, it’s recorded in an acoustic that’s close enough to make both the opening of Ravel’s finale and the final, wild frenzy of Szymanowki’s Second feel genuinely explosive; and yet sufficiently spacious to let the music float out into deep stillness (listen to the passage after 1'40" in the second movement of Szymanowski’s First). There are a lot of first-rate string quartets active at present, and over-abundance can breed complacency. But if you’ve ever questioned whether these current groups have something distinctive to say, this should give you a gloriously listenable answer.