Remember me, my dear 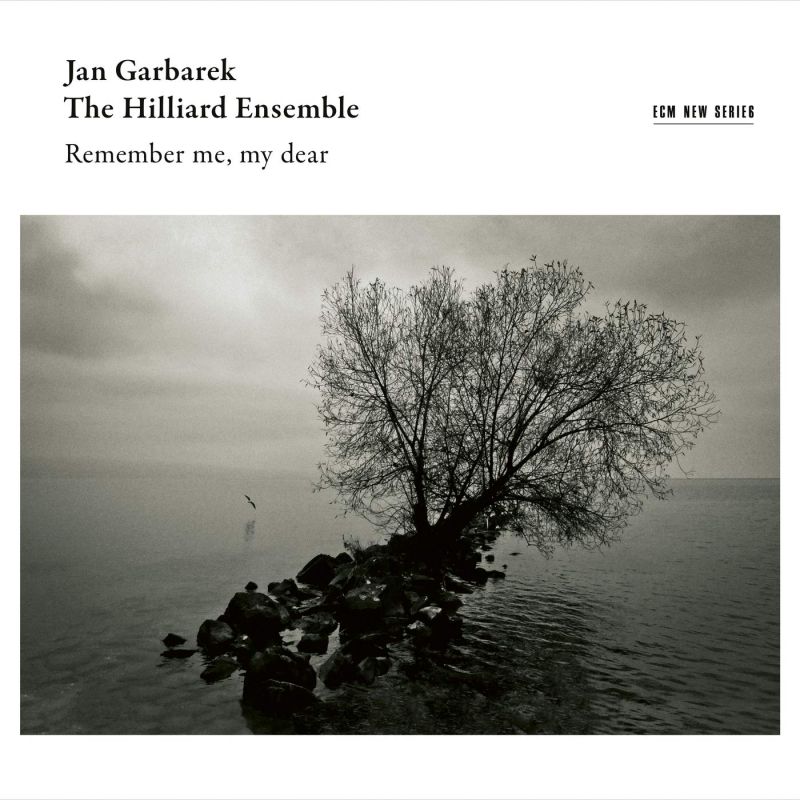 This is their fourth album, following on from ‘Mnemosyne’ and ‘Officium Novum’ (5/99, 11/10), the pattern, now as then, a mix of early music, some modern music and improvisation where, according to The Hilliards’ David James (I quote from Steve Lake’s informative booklet note), ‘Jan never ever looks at the piece of music we have. So he has no idea of the form and length. We just start it. Yet somehow he senses the shape of the piece and seems to know, to have this sixth sense of where it’s going …’. And it’s that same musical symbiosis that informs the programme under review, recorded during the group’s last tour in 2014 (you hear the occasional shuffle and the programme is tailed by applause), often revisiting items from previous albums, familiar in tone but different in terms of articulation. A good place to sample would be the sequence of tracks 6 8, starting with the conclusion of an anonymous Sanctus which ends with Garbarek playing solo, then morphs into Arvo Pärt’s beautiful, intimately voiced Most Holy Mother of God (here The Hilliards perform on their own) before Garbarek picks up the thread for another anonymous piece, Procendentem sponsum.

The way one piece echoes the last or pre echoes the next is the stuff of creative genius and makes each of ECM’s four programmes eternally durable. On the penultimate track, Agnus Dei, Garbarek roams into the far distance then doubles back to join The Hilliards in an intimate musical embrace for the closing Remember me, my dear, from which the album takes its name. And while as a rule this latest collection (14 tracks in all) promotes a unique brand of quiet piety, there are exceptions, not least Pérotin’s gaily skipping Alleluia nativitas and an especially challenging rendition of Hildegard’s O ignis spiritus, which seems to reflect the painful image: ‘Holy are you, anointing the broken; Holy are you, cleansing the festering wounds.’ Not that the booklet (which includes fine additional notes by Paul Griffiths and Gordon Jones) gives you texts or translations. You’ll need to acquire those from elsewhere; but in all other respects this beautifully engineered disc concludes a four-album trans-millennial tale that helped define meaningful music for a generation. It ‘crosses over’ while maintaining integrity on both sides of the divide and deserves to reach the widest possible audience.

Remember me, my dear