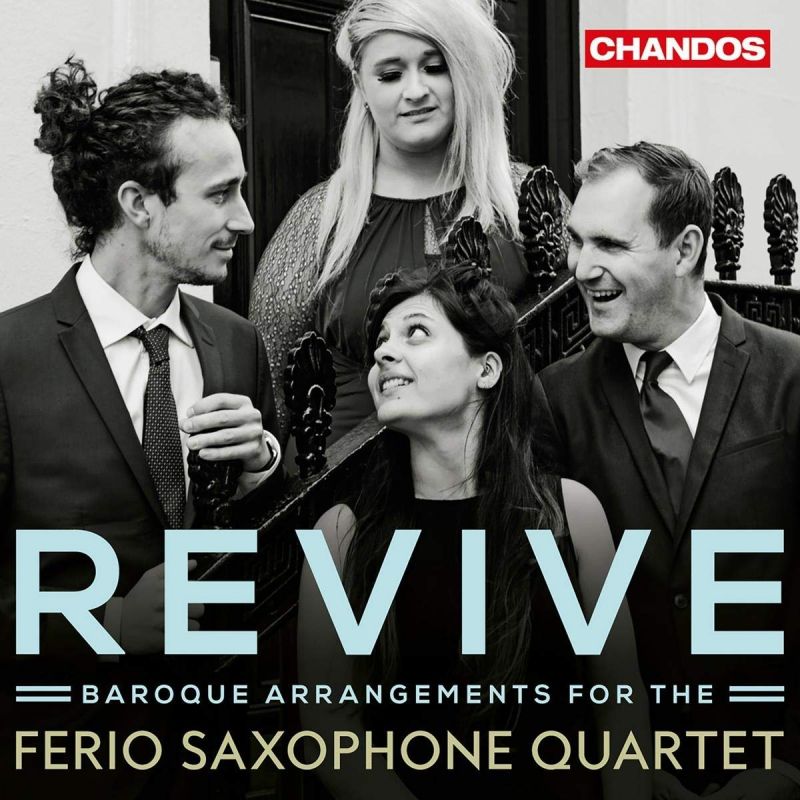 The Ferio Saxophone Quartet made their debut on Chandos last year with ‘Flux’, an imaginatively programmed disc of Romantic and contemporary music written specifically for saxophone quartet (9/17). They’re back now with a collection of Baroque lollipops, arranged by Iain Farrington, and it’s hard to avoid a slight feeling of a let-down.

Not because of the playing, which remains superb; or the repertoire – only the glummest of historically informed pedants could object to hearing Purcell, Byrd or Handel played by a group as good as this. And, at the risk of heresy, there are instances where the music gains from being played by saxes: the outer movements of Bach’s Third Brandenburg Concerto, for example, definitely gain in contrapuntal clarity and colour, as do the different voices of the three Bach fugues included here.

These players also have a remarkable way of generating an atmosphere through tone-colour: the numinous aura around the Prelude, BWV857, or the twilight colours of Handel’s D minor Sarabande: José Banuls (on tenor) and Shevaughan Beere (baritone) shape their attack so sensitively that you could swear you’re hearing a string bass and cello. There’s a similar illusion of trumpet and organ in the central movement of the Brandenburg.

Huw Wiggin (on soprano) and Ellie McMurray (alto), meanwhile, are natural singers, phrasing supplely and expressively, though Farrington’s written-in ornamentation can sound a little synthetic. Livelier numbers go with a kick and a swing; in all, it’s an enjoyable programme. Why the reservations, then? Simply because, with a whole barely known repertoire waiting for advocacy, a programme like this does feel slightly like a retreat into sax quartet cliché – when the Ferio Saxophone Quartet prove with every note that they’re capable of so much more.