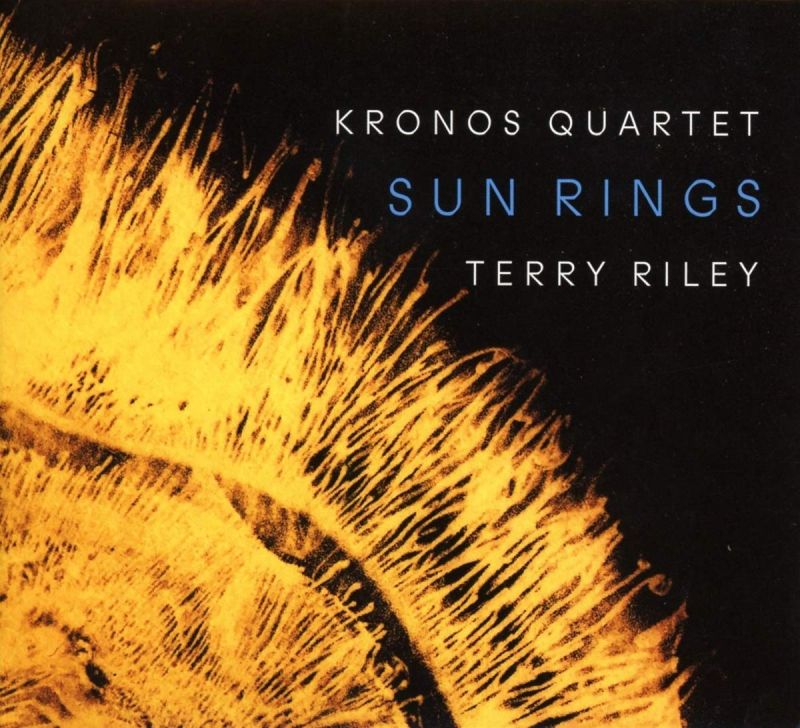 Tippett and the Lindsays, Maxwell Davies and the Magginis, Ferneyhough and the Ardittis … many pieces bear the trace of an unique alchemy forged once upon a time between a composer and the four players of a string quartet. Yet few composer-quartet collaborations measure up to the remarkable relationship formed between Terry Riley and the Kronos Quartet, a creative partnership that has spanned almost 40 years.

Its founder and principal violinist, David Harrington, told me in an interview a few years ago that Riley had written 26 pieces for Kronos during this time. That figure must be close to 30 by now. More important, perhaps, is the sheer diversity found in Riley’s output for Kronos, often enriched through the addition of other musicians such as pipa player Wu Man in The Cusp of Magic, Le Mystère des Voix Bulgares in Cry of a Lady and Riley himself on keyboards in several other projects.

Sun Rings dates back to 2000, when Harrington was approached by NASA with the idea of creating a large-scale musical work celebrating 25 years since the launch of the Voyager space programme. Riley was brought in and the project soon evolved into a multimedia work. Alongside Riley’s score for string quartet, plasma wave scientist Donald Gurnett provided a soundtrack containing an array of pulses, whistles, beeps and squawks drawn from the raw sonic materials of space, picked up during Voyager’s many travels through the solar system. Riley interpolated choral music into some of the movements. The first performance, given in 2002, also contained video projections.

The result is a 10-movement suite that takes the listener along a journey from Earth out to space then back again via a series of intriguingly named Rileyesque-sounding locations, such as ‘Planet Elf Sindoori’, ‘The Electron Cyclotron Frequency Parlour’ and ‘Jupiter Kiss’. Riley’s deep absorption in and understanding of musical cultures and traditions lends a certain universality to his musical language that resonates powerfully when the world is viewed as a small round object thousands of miles away. The final track, the utopian ‘One Earth, One People, One Love’ – words taken from the poet Alice Walker – addresses this notion head-on. (The track previously appeared on the eponymous 2015 Nonesuch box-set featuring Riley’s music for Kronos – A/15.)

Riley’s music in general provides an effective counterpoint to the sonic smorgasbord of interplanetary bleeps, chirps and squeaks, springing at times to more animated life during the funky, dancelike ‘Beepopterismo’ or panic-stricken ‘Venus Upstream’. The most memorable moments are heard in ‘Earth Whistlers’ and ‘Prayer Central’, where chant-like vocal lines are layered above subtle string figurations, acousmatic rumbles and spatial reverberations. Cosmic stuff.