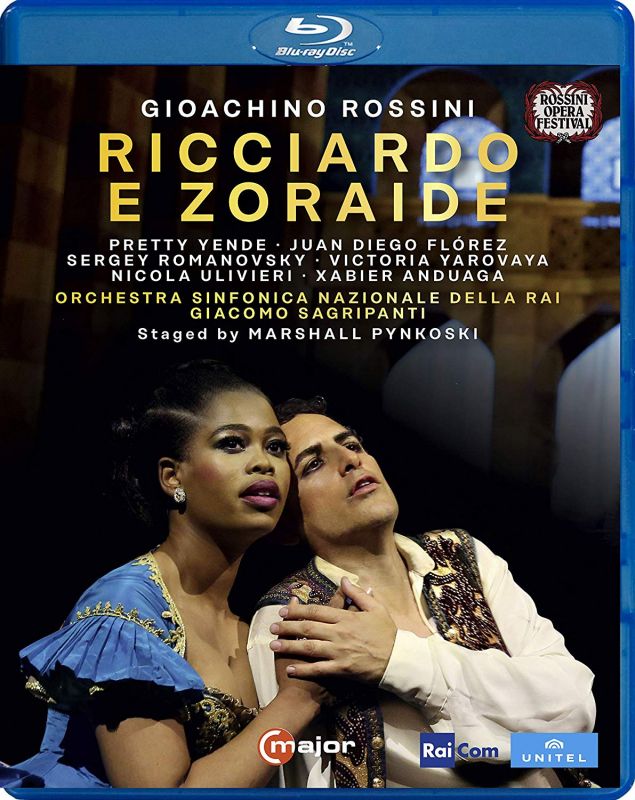 The undoubted draw of the Pesaro Rossini Opera Festival’s 2018 bicentenary revival of Ricciardo e Zoraide, the three-hour mock-heroic epic Rossini set midway through his residency at Naples’ Teatro San Carlo, was the presence of Juan Diego Flórez in the role of the lovelorn Paladin knight Ricciardo. Flórez fans are, however, in for a long wait. In this structurally uneven dramma, the best part of an hour passes before the Paladin utters a single note.

Not all Rossini’s Neapolitan opere serie have failed the test of time when it comes to theatre (as opposed to concert-hall) revival. Ermione enjoyed success in Pesaro in 1987 and later at Glyndebourne; Pesaro also had success with director Jean-Louis Martinoty’s memorable 2005 staging of the seemingly unstageable Bianca e Falliero (still available on a Dynamic DVD). Unfortunately, Marshall Pynkosky’s staging of Ricciardo e Zoraide is a complete turkey, one of those old-fashioned, amateurish productions in which the players are not so much directed as randomly moved or grouped in tableaux. If the images provided by the none too good video transmission are anything to go by, few of the comprimario players or chorus have much interest in what’s going on. The appearance throughout the evening of a well-drilled but entirely extraneous dance troupe further confuses the scene.

The singing is mostly first-rate, led by Flórez in spectacular form, and Sergey Romanovsky as the sexually reckless Nubian king Agorante. There is also a more than competent Zoraide from the soprano Pretty Yende. Unfortunately, sound and image are poorly married in a recording where singers often sound closer than they look.

If this was a CD set, I should probably be writing very differently. As it is, it’s something for Flórez fans alone. If it’s the opera you are interested in, Opera Rara’s 1995 studio recording (4/97) is the thing to have.