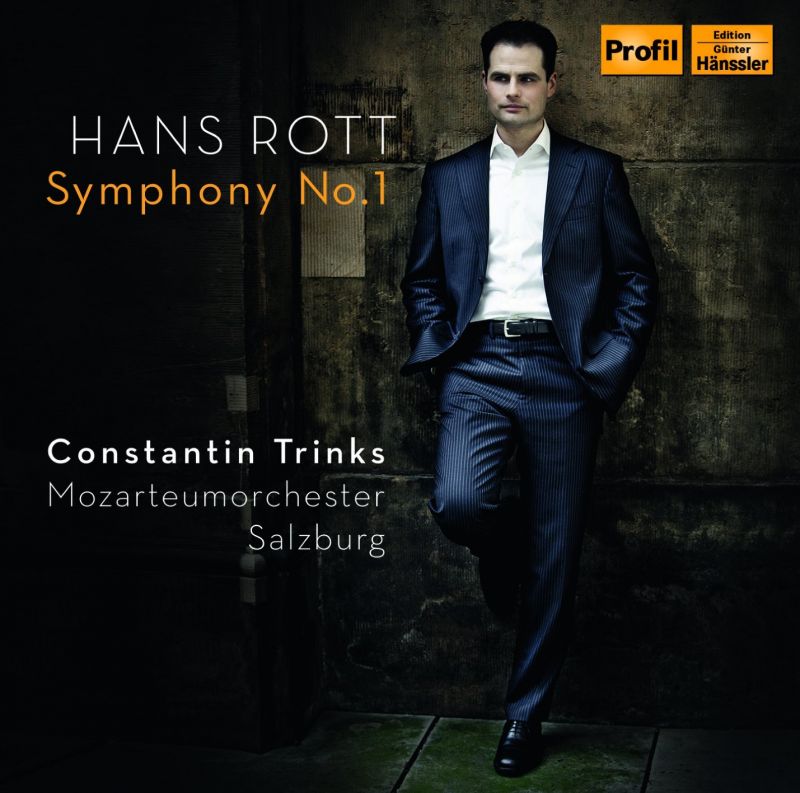 Expanded for the occasion, the Mozarteum Orchestra gets off to a sluggish start in the lengthy (patient, if you’re disposed to be kind) preamble of Rott’s Symphony, with brass behind the beat and strings sketching out the two minutes of unvaried cross-string figures. The live recording comes in and out of focus, as perhaps it must, and the engineers give the winds a helping hand with the counterpoint at 5'25" and do what they can to mitigate Rott’s wearing dependence on the triangle for all-purpose sizzle.

Constantin Trinks is inclined towards expansive tempi which lend inflated grandeur to the Adagio and play up the obvious debts to Bruckner and Wagner. Leif Segerstam (BIS) is two minutes slower and impossibly cumbersome; Paavo Järvi (RCA) two minutes quicker, more warmly and flexibly shaped and inspiring playing of genuine distinction from the Frankfurt Radio Symphony Orchestra. All the best and most original ideas in the piece duly noted and stolen by Rott’s fellow pupil Mahler respond to a quickness of mind and agility of performance: the chromatic cries of pain in the Adagio; the wild jumble of folk-scenes in Rott’s Scherzo which looks back to Schumann’s Second and Bruckner’s Fourth as much as it anticipates Mahler’s Fifth. Järvi is in his element here, magnificently obstreperous, whereas Trinks is stately and rather po-faced.

The finale, as so often, is the most problematic movement, and here his belief in the piece (also expressed in a booklet-note) shines through, with a thoughtfully staged and spaced introduction that makes some sense of the ensuing clamour. Surely only one recording is needed of this baggy curio, and Järvi is it, but Trinks offers a committed alternative view.