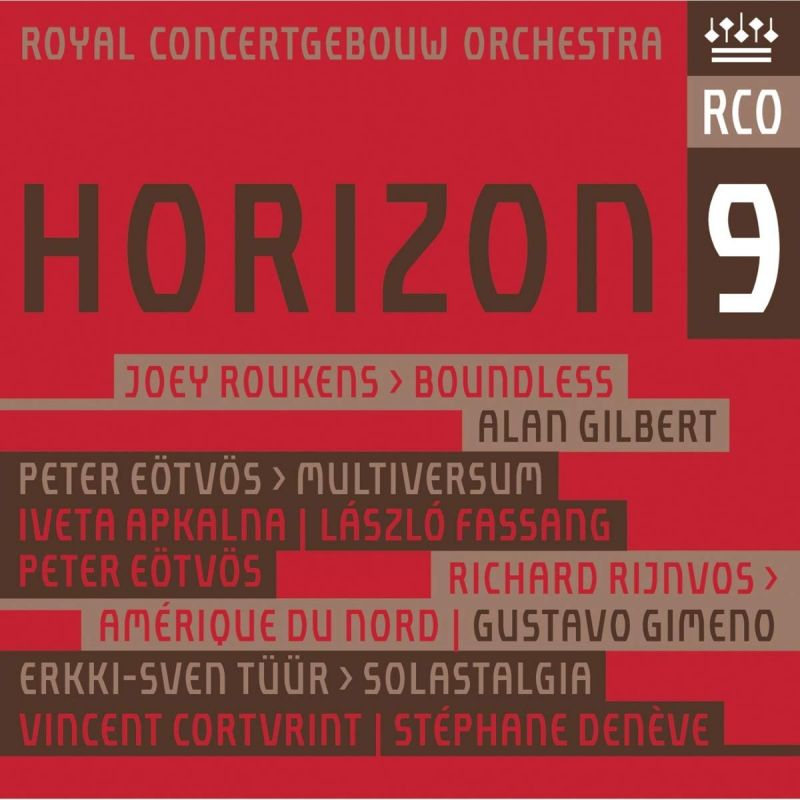 The Royal Concertgebouw’s ‘Horizon’ series continues with this collection of relative hits and misses. It’s unfortunate that these latter should both be centenary tributes to Bernstein, but Joey Roukens’s Boundless is a true car crash. Its composer recites the clichés of ‘anything goes’ in the present but the Adams-lite post-minimalism of its outer movements is a poor excuse on any level, with the central one a reminder that ambient music should not preclude creative input.

At least Richard Rijnvos exudes a certain panache in his scoring, even if Amérique du nord emerges as less than the sum of its parts, Varèse, Bernstein and ultimately Dvořák all rubbing shoulders as the composer juggles them with audible relish. Rijnvos himself hardly features in any substantive sense – his ‘lifts’ neither integrated into nor galvanising the musical fabric but merely ensuring that this piece achieves its duration without asking overmuch of its creator.

Erkki-Sven Tüür’s music is often most effective at first hearing but Solastalgia suggests real staying power, its composer’s environmental concerns evident in the opposition between ‘the one’ and ‘the many’, hence the confrontation of piccolo and orchestra. Nor is their antagonism an unchanging one, the soloist taking on a greater presence as the discourse unfolds, even if any sense of Vincent Cortvrint having triumphed is belied by the introspective final gestures.

The highlight is Multiversum, Peter Eötvös’s consideration of a parallel universe in what is essentially a double concerto, the organ and its Hammond alter ego placed either side of the auditorium with orchestral sections surrounding listeners from all sides. Its three movements recast classical archetypes from a subtly provocative angle, allowing for requisite emotional contrast and ensuring cumulative overall evolution – compositional tenets not to be gainsaid.

The performances here could hardly be faulted for their commitment, with the wide-ranging SACD sound and overall presentation up to the consistently high standard of earlier releases in this valuable series. Quite what it says about contemporary Dutch music is another matter.