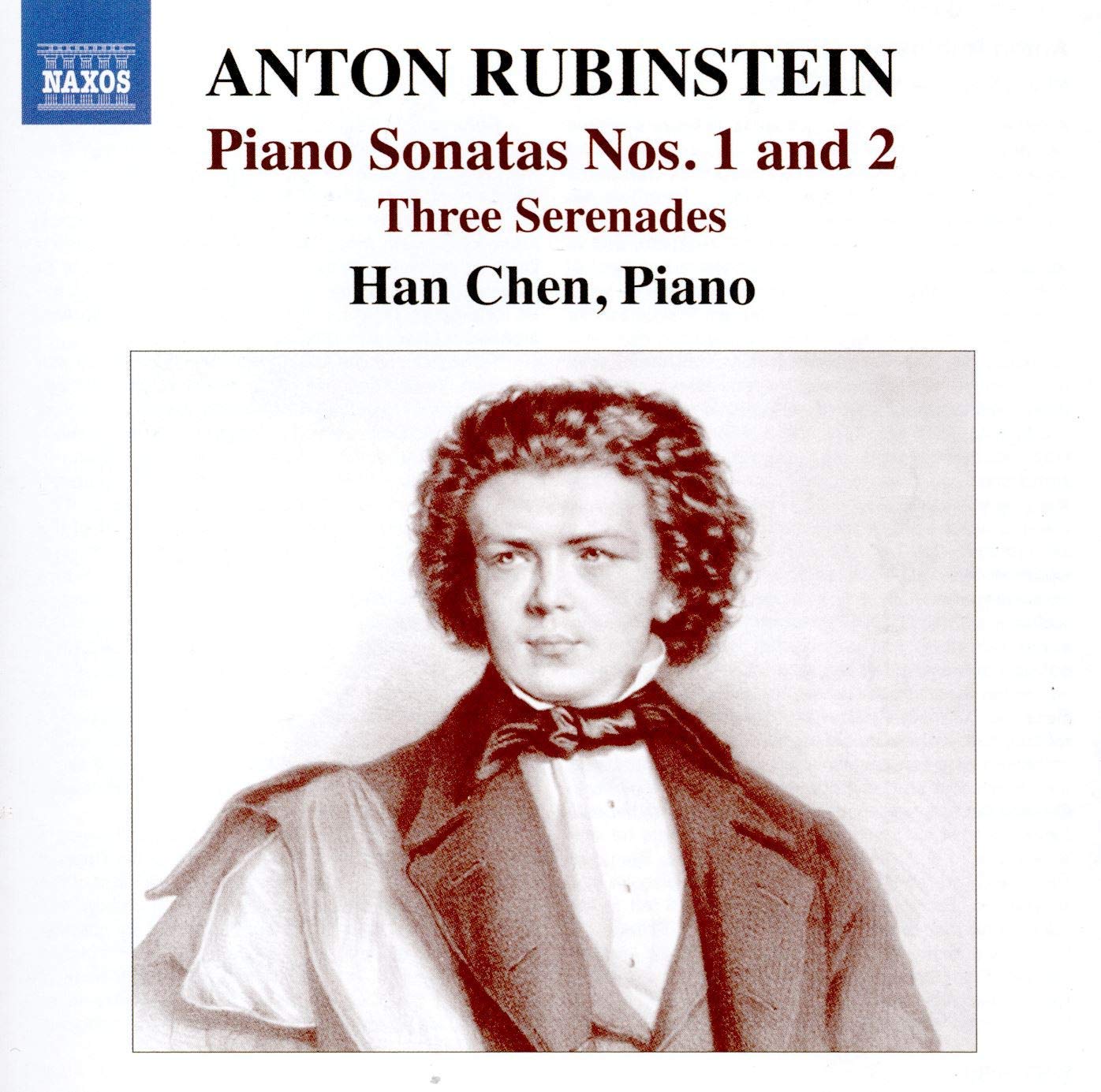 As far as I know, this is only the third recording of Rubinstein’s E minor Sonata and the second of the Sonata No 2. Han Chen, whose disc of Liszt operatic transcriptions for Naxos I warmly welcomed in the March 2016 issue, would seem to be the ideal candidate to revive these neglected works. Unhappily, I must record my disappointment. The music emerges as vapid and superficial in performances that, quite unlike his Liszt disc, I found workmanlike and literal. I may have fallen asleep during the second of the Three Serenades.

I was reminded of an entry in Albert Lockwood’s Notes on the Literature of the Piano (1940). His opinion of Rubinstein’s work, guided by Josef Lhévinne, one of the Russian master’s greatest pupils, was that ‘Rubinstein’s music under his fingers certainly sounded better than it was, and now under less sympathetic fingers of later pianists it does not have the same effect’. Having sorted the wheat from the chaff in Rubinstein’s output, Lockwood then makes particular mention of the First Sonata which ‘contains most excellent ideas, intrinsically good, except that the first theme of the slow movement might be considered a trifle “angel-serenady”.’

I gave the Sonata another go – in the recording Leslie Howard made in 1980 for Hyperion, one of the earliest on the label. What a difference! Apart from his consistently brisker tempos, here was a real pianistic force of nature at work, driving the narrative along with a blazing temperament that indeed made the music ‘sound better than it was’. The last movement (Moderato con fuoco) of Sonata No 1, deemed ‘impossible on one piano’ by Lockwood, is a thrilling tour de force. For all its post-Mendelssohn inflections, it remains a remarkable work for a 20-year-old. The charming second-movement theme and variations of Sonata No 2 (8'11" in Howard’s hands, a torpid 11'58" in Chen’s) and even the relentless triplets of the finale held my attention, though I confess even Howard in his 1994 Hyperion recording of the Three Serenades failed to persuade me of their merits, one of those Rubinstein works which Lockwood characterises as ‘essentially tedious because of aridity of thought’.