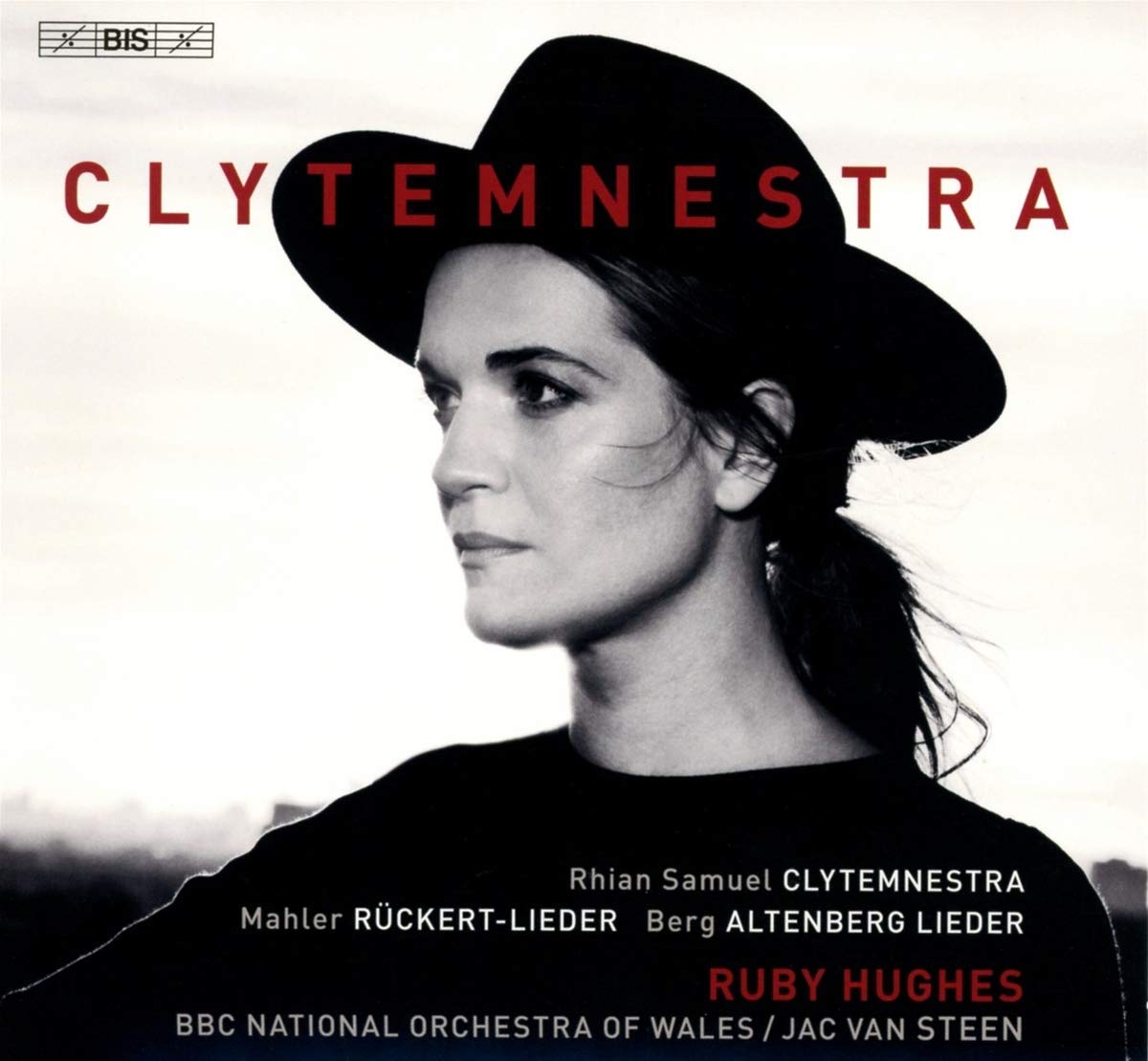 The ghost of Richard Strauss’s Klytemnestra in Elektra hovers over the final work on the soprano Ruby Hughes’s new BIS album. Strauss and Hofmannsthal’s vivid, grotesque creation (after Sophocles) is close in date, too, to Hughes’s couplings. The Clytemnestra she presents, however, is that created by Welsh composer Rhian Samuel, setting texts drawn from translations from Aeschylus.

Composed in 1994 for Della Jones, it’s a powerful and persuasive 25-minute monodrama (it would make a potent if draining paring with Schoenberg’s Erwartung) whose seven movements take us from the first news of Agamemnon’s return, through his murder (the orchestra-only ‘The Deed’) to ‘Confession’, ‘Defiance’ and ‘Epilogue: Dirge’, whose sudden quiet reflectiveness is surprisingly moving.

Samuel’s musical language is accessible and powerful, with an appropriately craggy granitic strength to it, although the addition of bass guitar in ‘The Deed’ feels a little arbitrary in a work that’s otherwise quite conventionally scored. If we don’t always get a sense of this Clytemnestra’s own musical character, that might be deliberate, a reflection of her own negotiation with her deed and its motivation. Jac van Steen gets excellent, vivid playing from the BBC National Orchestra of Wales but it’s Hughes’s performance that carries the whole enterprise: vivid, powerful and superbly committed, bringing a real complexity and vulnerability to the character.

She’s impressive in the couplings, too, using her lightish soprano intelligently in a sharply etched account of Mahler’s Rückert Lieder (with an especially fine ‘Um Mitternacht’) and a focused, uncompromising account of Berg’s Altenberg Lieder – both well accompanied. But it’s for Samuel’s punchy work that this fine album is primarily worth seeking out.