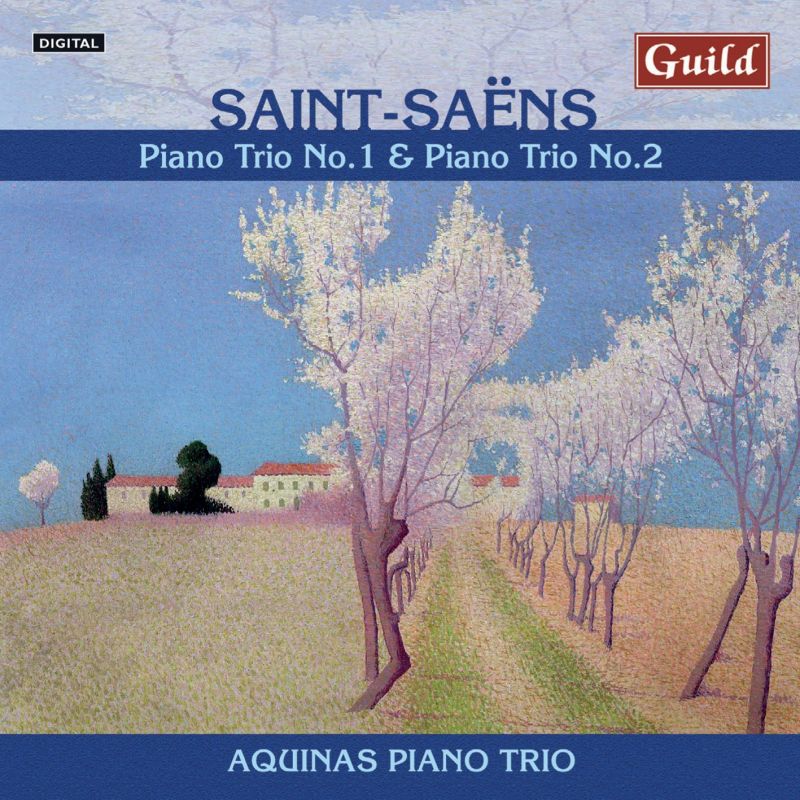 Geniality and impeccable craftsmanship go hand in hand when it comes to Saint-Saëns’s piano trios. As Basil Smallman remarked in his study of the piano trio genre (1990), the First Trio of 1869 is ‘notable for its classical elegance of style, [deploying] many charming, though never profound, musical ideas’. This is music to enjoy, as the Aquinas Piano Trio clearly do in playing it. Although by no means without its moments of emphatic drama, the trio’s demeanour is predominantly one of delicacy and restraint, gently projecting its ideas through lucid textures in which the pianist Martin Cousin fluently and with finesse finds the trio’s limpid tone, with the violin and cello of Ruth Rogers and Katherine Jenkinson eloquently establishing their place within the colour scheme. The recording sensibly stresses the intimate nature of the music. At times there could usefully be a touch more focus on the string lines but that does not unduly detract from a performance that is precisely attuned to the music’s affable allure.

The Second Trio of 1892 is larger in both scale and expressive gesture. The E minor key seems to provoke more searching thoughts and Saint-Saëns spreads his ideas over five movements rather than four. Contrast and cohesion nevertheless coalesce in the working-out of material, and again the Aquinas Trio are spot-on in interpretative instinct.