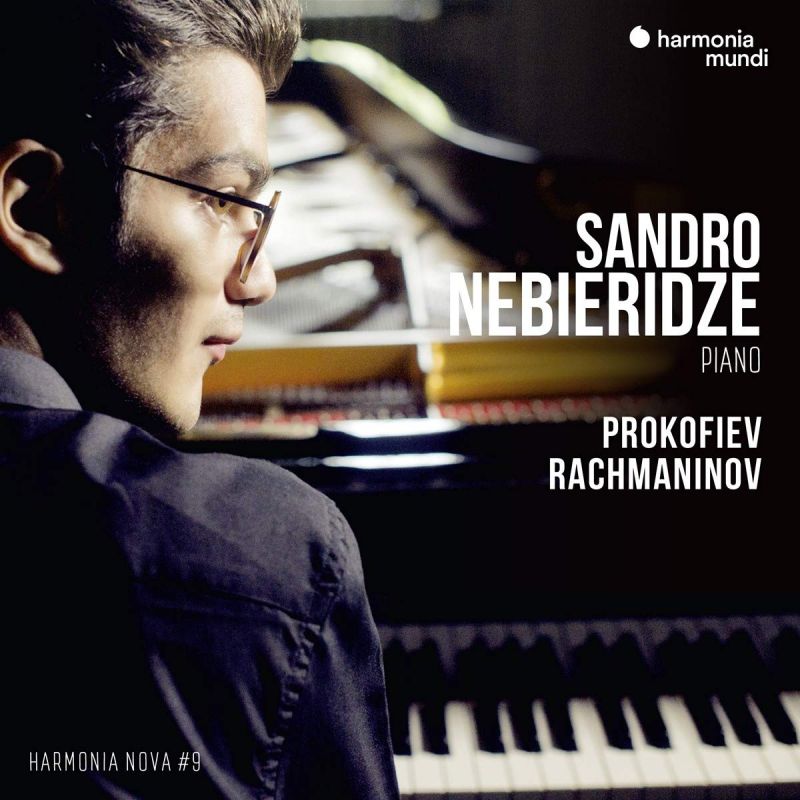 The Harmonia Nova series, of which this is Vol 9, is dedicated to ‘young artists singled out for their exceptional talents’. Sandro Nebieridze more than qualifies. He hails from Tbilisi and, being born in 2001, becomes the first pianist I have reviewed to have been born in the 21st century. With a fair wind and all things being equal, he could be playing the piano well into the 2080s.

From the first bars of Rachmaninov’s Second Sonata you are swept up in a maelstrom of emotion. The red light clearly holds no terrors for him as he relishes the full sonority of a richly voiced instrument (well recorded by Alban Moraud), ratcheting up the tension in the final pages to a controlled frenzy without any loss of clarity in the ecstatic peroration. He contrasts this with the first of the two A minor Études-tableaux from Op 39 (the one that, on the page, looks as though it is quite easy to play). This in turn leads to a central Prokofiev section with four pieces from Romeo and Juliet, rather than all 10, and the Piano Sonata No 4, in both of which Nebieridze demonstrates the same innate affinity with the composer as he has with Rachmaninov. One could take issue with a sometimes cavalier regard of dynamics in the sonata, and Nikolai Lugansky for one offers a more tonally varied and playful version of that wonderfully boisterous finale. But Nebieridze’s is a performance that can hold its head high among stiff competition.

Then we return to Rachmaninov in the form of the other Op 39 A minor Étude-tableau (the difficult one), which Rachmaninov recorded in 1925. Again, a hugely confident and impressive reading, as is the lightning-fast (1'18"), rarely heard Prokofiev Étude from Op 2. In fact the only performance that does not quite hit the mark is the final one of Vocalise (the transcriber is unnamed but it bears a close resemblance to that made in 1951 by Alan Richardson). At a tempo that brings it in at 7'21", Rachmaninov’s seamless song is barely supportable. I don’t need to be told how beautiful it is in every bar. The melody does that by itself. Less, on this occasion, is more.

Already a prize-winning composer with a piano concerto, a cello sonata, a chamber opera and various other works under his belt, we shall doubtless be hearing a lot more from Nebieridze in the future.