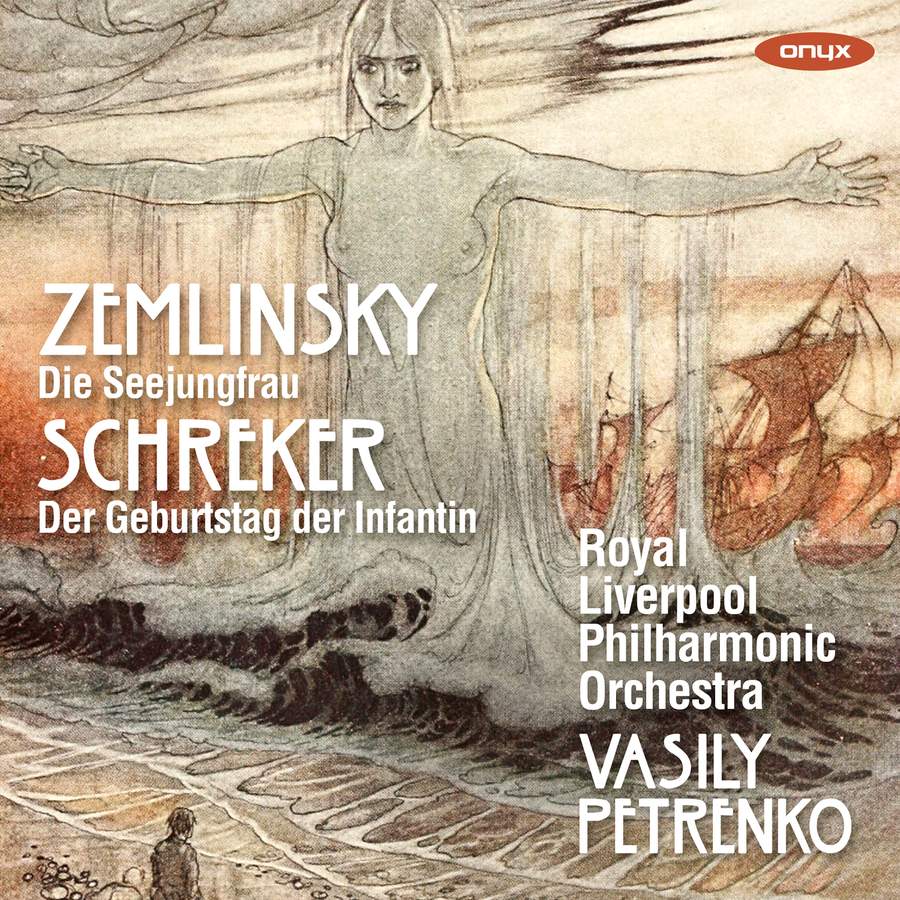 Schreker’s Der Geburtstag der Infantin, based on Oscar Wilde’s short story The Birthday of the Infanta, is most commonly heard in the form of the orchestral suite published in 1923. Petrenko’s recording gives us the original dance pantomime score of 1908, scored for a chamber orchestra of double winds, percussion, harp and strings. It also features around 10 minutes of music not included in the suite, including the tragic moment when the dwarf recognises himself in a mirror and his death from a broken heart. For this reason, the full-length version comes across as a weightier affair than the suite, despite the smaller forces used. In both cases, Schreker’s music is full of melodic and harmonic appeal, and the orchestration is lithe and imaginative. Vasily Petrenko’s interpretation is a pleasure from first to last. The excellent playing of the Royal Liverpool Philharmonic brings each of the episodes vividly to life and overall there’s a depth of feeling that outshines the earlier recording by John Axelrod and the Lucerne Symphony Orchestra (Nimbus, 1/08).

For a work that was withdrawn by its composer and thought lost for nearly 80 years, Zemlinsky’s Die Seejungfrau has enjoyed a remarkable resurgence of interest in recent years, and at least a dozen recordings have appeared since Chailly’s pioneering 1986 account for Decca. Following the publication of the critical edition by Antony Beaumont in 2013, recent recordings have included a four-minute passage in the second movement removed by Zemlinsky before the first performance in 1905. I must admit I’m not wholly convinced that the additional music adds to the effectiveness of the work, and indeed the critical edition includes two versions of the movement so that performers can choose which to perform. Petrenko joins Storgårds, Krivine and Albrecht in including the extra music, and it may well be that this will become the standard version. The passage in question, depicting the realm of the Mer-witch, commences at 7'06". As in the Schreker piece, Petrenko directs a strongly communicative performance of Zemlinsky’s sumptuous score and the work’s many solos are beautifully rendered. The recording sounds slightly distanced but is detailed and well balanced. Altogether a very attractive release.

(Der) Geburtstag der Infantin, '(The) Birthday of the Infanta'