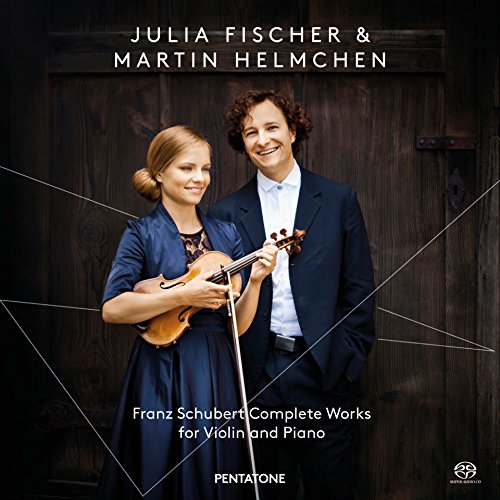 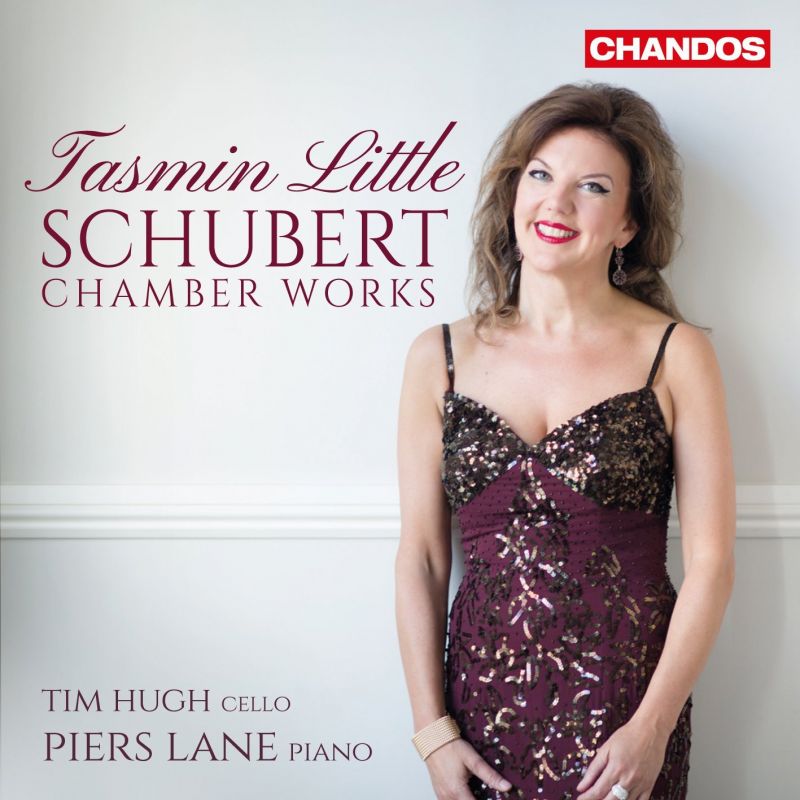 Pentatone has packaged together the two volumes of Schubert recorded by Julia Fischer and Martin Helmchen in 2009. The performances have lost none of their allure in the intervening time (though there are some careless inaccuracies in the listings on the booklet and back cover), with readings that continue to engage and delight. This is as true in the youthful Sonatinas as in the larger-scale mature works. But does the new set of Schubert from Tasmin Little and Piers Lane change the landscape?

The Sonatinas come across best when given with an artless simplicity. Grumiaux was a master of this and he remains a hard act to follow. The finale of the First, for instance, sounds convincing in Little’s hands until you turn to Grumiaux – who is a touch faster and utterly insouciant. I urge you to seek out these readings if you don’t have them. Fischer gets closer than most to the spirit of the great Belgian both in the First Sonatina and in the fervent opening movement of the Second, where Little and Lane are conspicuously freer with rubato. Their approaches to D574 – written in 1817, a year after the Sonatinas – are telling. Fischer and indeed Widmann seem to see this as a work of Classicism, whereas Little is clearly looking further into the 19th century. I particularly like Fischer and Helmchen in the finale, playful but utterly focused, compared to which Widmann and Lonquich are wilder and more unbuttoned, possibly too much so.

In the Rondo, D895, Fischer and Helmchen seem to focus more on the moments of introversion, Little on the work’s outspoken brilliance, with Lane always a highly reactive partner. As for the extraordinary Fantasie, D934, the pianists set the scene in quite a different way. With Lane you’re perhaps overly aware of the individual notes in the piano tremolando, whereas Helmchen draws attention to Schubert’s harmonic revelations. And Little sounds a touch grainy alongside Fischer’s beautifully sustained line; Widmann’s sparing vibrato, meanwhile, points up the sheer strangeness of this piece. In the same work’s Andantino, Fischer/Helmchen conjure a lustrously haloed quality, while in the finale’s muscular Allegro section Fischer never becomes rough-toned, which can’t quite be said of Little. But then you turn to Busch and Serkin and you’re on a different, more elevated plane altogether, even though the recording is over 80 years old.

Tim Hugh’s mellow personality comes as something of a relief in the Arpeggione Sonata, though he doesn’t reach the same level of plangency as Fournier in the slow movement. And to round out the set, they include a heartfelt reading of Schubert’s Notturno.

Sonata for Arpeggione and Piano