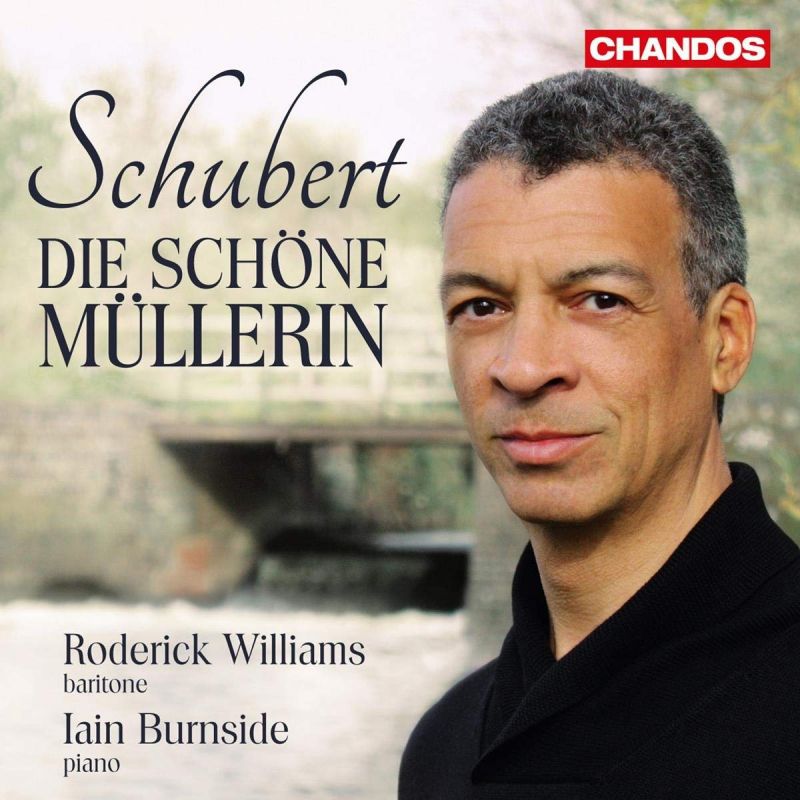 After giving us Winter Journey last year (Signum, 5/18), Roderick Williams now turns to Schubert’s great song-cycles in their original German. Recordings of Winterreise and Schwanengesang – also with the pianist Iain Burnside – are set to follow as part of wide-ranging engagement with the works, and the care, attention and thought that have gone into the project can be heard in every bar of this first instalment.

Williams sings intelligently, thoughtfully and beautifully, and both he and Burnside give the impression of having rethought and re-examined every song; they are also unusually faithful to Schubert’s markings. Williams’s bright, liquid baritone has arguably the ideal youthfulness and vulnerability for Die schöne Müllerin. Chandos’s recorded sound is superb, too.

As on the pair’s earlier Schubert disc (Delphian, 10/16), they tend towards slightly leisurely tempos, and the approach seems less to offer a sense of enacted drama than thoughtful introspection and reflection. It’s a performance packed with detail and lovely moments. There’s a beautiful stillness to ‘Der Neugierige’, and the end of ‘Pause’ is daringly slow and quiet. ‘Halt!’ is on the steady side and the millwheel of ‘Am Feierabend’ takes a few bars to get fully spinning.

But as the cycle progresses, I can’t help wishing Williams and Burnside would roll up their sleeves and get more stuck into the drama. There’s too little sense of assertion (however unsuccessful) in ‘Mein!’ and our Miller seems only mildly miffed about his macho rival in ‘Der Jäger’; the subsequent outburst of ‘Eifersucht und Stolz’ remains stubbornly even-tempered. It’s an impression emphasised by the fact that Williams’s way with German feels more impeccably schooled than instinctive and direct.

Ultimately, with passions thus reined in, I find the tragic stillness of the final songs (though beautifully captured here, as one would expect) doesn’t register for me quite as movingly as it should. There’s no doubting the artistry and intelligence on show but a quick comparison with, say, Christian Gerhaher’s most recent recording with Gerold Huber (Sony, 12/17) shows that such qualities needn’t necessarily be at the expense of dramatic directness.