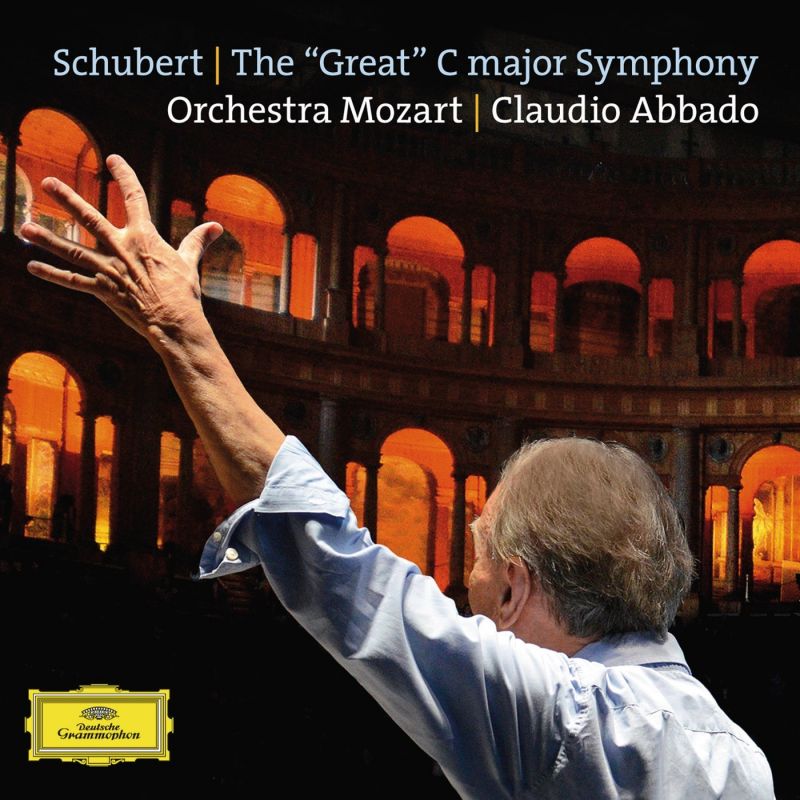 There was a time when Schubert’s Great C major Symphony seemed an interpretatively elusive work, which explains why such store was set by memorable recorded accounts by Furtwängler, Krips, Boult and Böhm. And by Toscanini, when his 1941 Philadelphia performance resurfaced in the late 1950s. Since there are things in the symphony which can be traced directly back to Schubert’s Overture ‘In the Italian Style’, D590, an Italianate take on the work has never been without interest.

Abbado’s first recording, made with the Chamber Orchestra of Europe in Vienna in 1987, stood within that Italianate tradition, and very fine it is, though Abbado’s endorsement of some over-zealous research into the autograph manuscript led to a couple of curious interventions. I rather enjoyed the eupeptic belch, worthy of Sir Toby himself, which Schumann deleted from the Scherzo when he originally unearthed the symphony. But the altered version of the motif which brings major-key pathos to the minor-key march at bar 25 of the slow movement was an intervention too far.

Neither occurs in this new recording, which derives from a series of performances Abbado gave with his Orchestra Mozart in different halls in Bolzano and Bologna in September 2011. Since the results, technically speaking, are perfectly plausible, it’s clear that this daring raid on Abbado’s posthumous archive is well within the competence of DG’s editors and engineers.

No one is likely to mistake the Orchestra Mozart for a slimmed-down Berlin Philharmonic, as was the case with the Chamber Orchestra of Europe, but the Orchestra Mozart’s homelier, less virtuoso approach is apt to Abbado’s later way with the music. It’s a reading that is mellower, though with no loss of textural transparency, and more measured, though with no loss of cogency and drive. As before, Abbado takes all the repeats.

If the results are not as purely electrifying in the quicker movements as in the 1987 version, in the slow movement the newer performance has the edge. Not only is the text to be preferred but the performance itself is deeper and more serene. ‘Like a bell haunted by a human soul’ is how Tovey describes the horn’s ushering in the return of the minor key after the movement’s consolatory second subject. And so it is here. This, then, is a version which complements rather than yields to or replaces Abbado’s earlier recording. Admirers of the conductor – and the symphony – will want both.