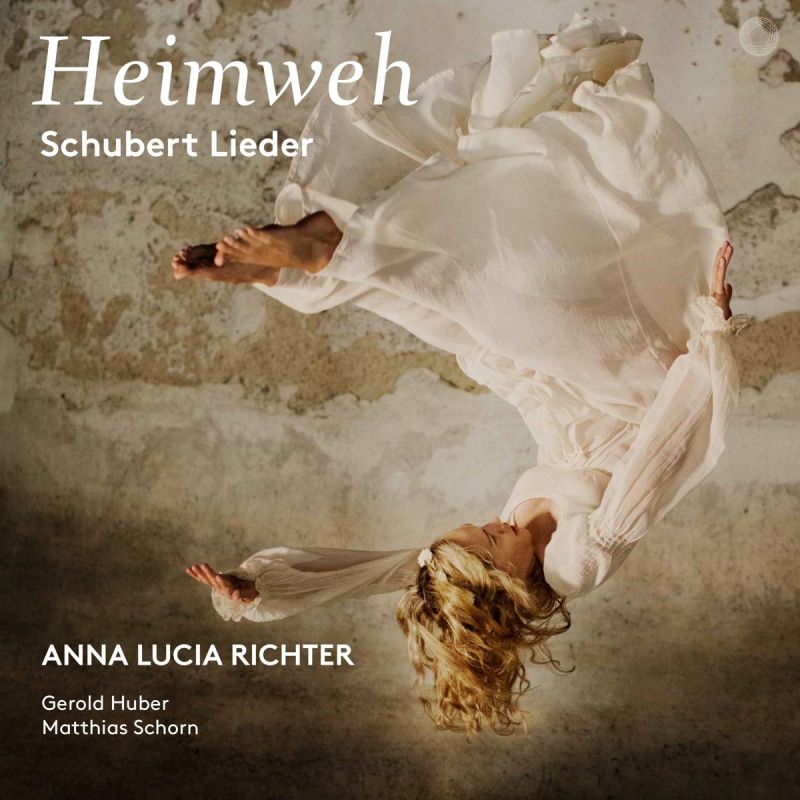 Anna Lucia Richter’s singing of the bittersweet ‘An den Mond’ – gentle, inward, the ornaments gracefully etched – immediately reveals her gift, priceless in Schubert, of simple sincerity. Time and again in a programme centring on the echt Schubertian theme of Heimweh – meaning both homesickness and nostalgia – Richter’s pure, vernal soprano, care for words and supple, expressive phrasing are well-nigh ideal. In three Mignon songs she movingly catches the mysterious waif’s vulnerability and otherworldliness, bleaching her tone at the opening of ‘Nur wer die Sehnsucht kennt’, and finding a warmer colour at the vision of a comforting friend (‘Ein jeder sucht im Arm des Freundes’) in ‘Heiss mich nicht reden’.

Richter is no less touching in Ellen’s songs from Scott’s The Lady of the Lake. She floats a limpid bel canto line in ‘Ave Maria’, the repeated accompanying figuration perfectly gauged by Gerold Huber, and brings a tender, confiding intimacy to Ellen’s two lullabies. ‘The echoes of a hunting song in a beautiful dream’, wrote Schubert’s friend Anton Ottenwalt of ‘Jäger, ruhe von der Jagd’. Richter’s singing, held down to pp and ppp, makes his point.

Two of the songs chosen by Richter, the macabre ballad ‘Der Zwerg’ and ‘Totengräbers Heimweh’, in which an old gravedigger philosophises on the meaning of life and death, are anything but natural territory for a light lyric soprano. Yet in both songs her musical intelligence and dramatic use of the text go far to compensating for a lack of tonal depth. She burns into her consonants as only a native German can in the despairing opening of ‘Totengräbers Heimweh’ and conjures an unearthly stillness in the gravedigger’s blissful embrace of death. I wasn’t quite convinced by Richter’s ‘wicked witch’ voice for the tormented dwarf in ‘Der Zwerg’. But from her pale, almost girlish tones at the twilit opening, she catches the song’s eeriness and mounting anguish without ever forcing, abetted by Huber’s characteristically subtle coloration.

The floral ballad ‘Viola’, to a gushingly sentimental poem by Schubert’s friend Franz von Schober, is always tricky to bring off. Singer and pianist ensure it works here. Richter’s purity of line and tone give the chant-like refrain an ideal fragile tenderness; and, buoyed by Huber’s ever-lively rhythmic sense, she vividly dramatises the successive phases of the violet’s plight. Richter is in her element, too, in ‘Der Hirt auf dem Felsen’. In tandem with Matthias Schorn’s sensitive clarinet, she delicately captures the shepherd’s shifts of mood in the opening section, and then skips and frolics blithely in anticipation of a spring that the composer never lived to see. It sets the seal on a delectable recital from a young soprano whose combination of vocal freshness and unforced expressiveness make her a natural in Schubert.