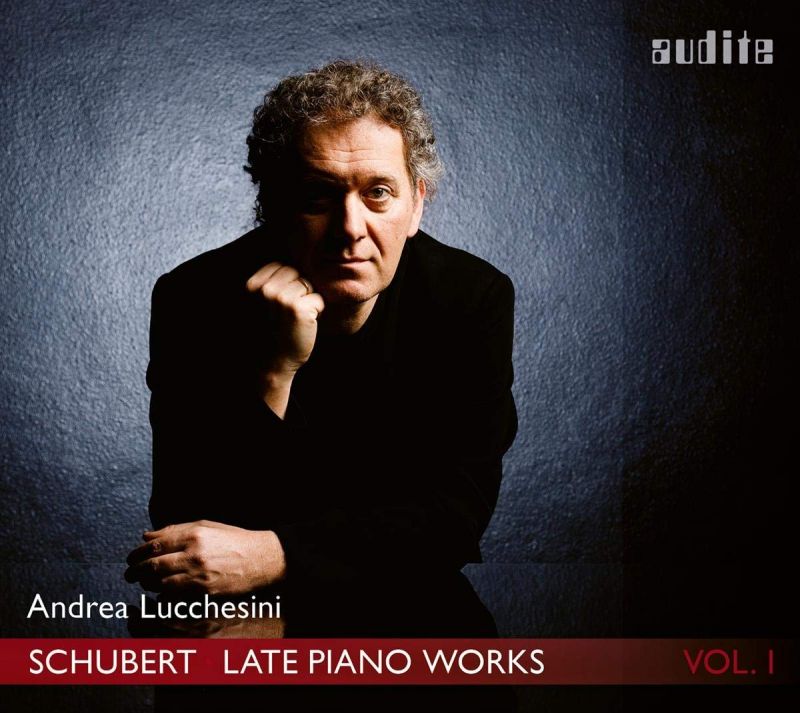 The first volume in Andrea Lucchesini’s projected survey of Schubert’s late piano works cheats a bit by including the relatively early A minor Sonata alongside the big A major Sonata from the composer’s last year. I, for one, wholeheartedly approve of this inspired coupling, which allows one to hear the D959 Rondo’s main theme at close proximity to its earlier version in D537’s Allegretto.

One might assume that Lucchesini’s 17-minute timing for D959’s first movement indicates a slower than usual tempo, along with his observation of the exposition repeat. But timings are deceptive. Minutes and seconds add up on account of the pianist modifying Schubert’s basic Allegro directive with frequent italicisations of phrase and emphatic caesuras and tenutos. Where others press ahead (Zimerman, Goode and Uchida, for example), Lucchesini lovingly lingers. He sustains his ruminatively unfolding Andantino with subtle ebb and flow, without quite matching the hypnotic legato and timbral allure of Imogen Cooper’s live recording. While Lucchesini carefully organises the dynamics in pursuit of maximum dramatic effect at the harrowing central climax, the latter falls short of Pollini’s unrelenting intensity and inevitability. The Scherzo’s tiny hesitations and inflections seem a tad unctuous rather than pointedly angular, as in Alfred Brendel’s valedictory live recording. As in the first movement, Lucchesini can’t help stopping to sniff at the many roadside posies spread across the finale, in contrast to Pollini’s more internalised and proportioned sense of rubato. It takes maybe five or six minutes into the movement for Lucchesini to find his emotional centre and lock into the music’s gathering momentum.

Listeners familiar with Claudio Arrau’s expansive and characterfully contrasted 1980 Philips recording of the Allegretto will find a stylistically similar yet blunter counterpart in Lucchesini’s interpretation. Fine annotations and generally good engineering that tends towards harshness at the loudest moments.