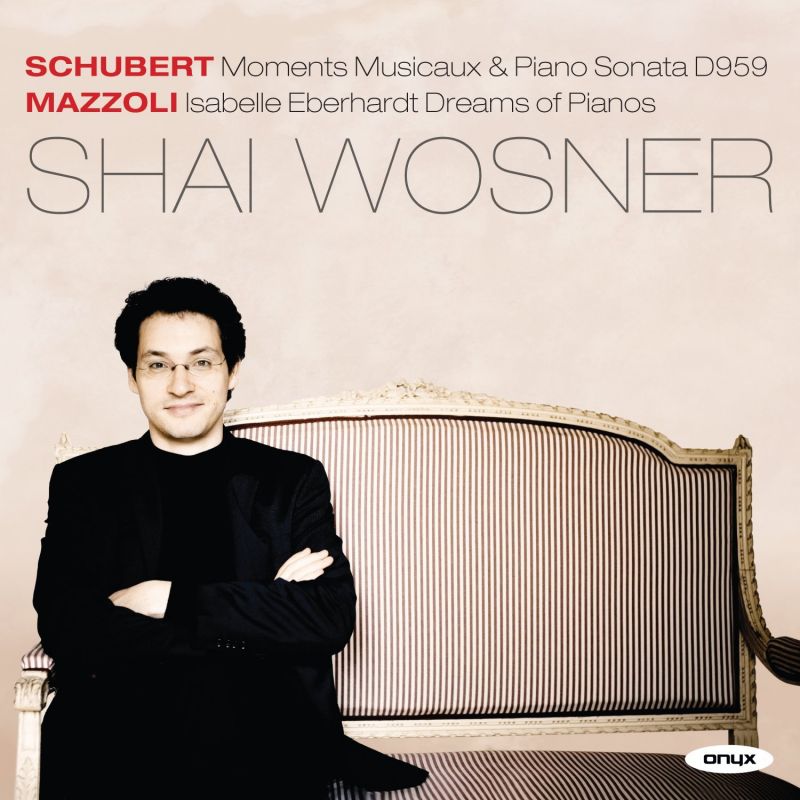 Shai Wosner muses in his booklet essay on the notion of Schubert and time, observing that often the composer’s short pieces imply a broader dimension than their span suggests: ‘like looking at the horizon through the window of a small room’. You certainly sense that in Wosner’s reading of the Moments musicaux, which are given time to breathe and reflect. In some I might have expected a degree more playfulness (No 3, for instance, where Lupu enthrals) but Wosner’s interpretations draw you ineluctably into his own vision.

You have to be a bit careful what you programme alongside Schubert but Missy Mazzoli’s enticingly titled Isabelle Eberhardt Dreams of Pianos is a clever choice, using as it does fragments from Schubert’s D959 Sonata. Setting a minimalistic piano line against electronics, it imagines the dying memories of Isabelle Eberhardt, who gave up a life of luxury to become an explorer but was killed in a flood at just 27 – the age that Missy Mazzoli was when she composed the piece.

Wosner moves straight from memories of Schubert’s A major Sonata to the genuine article, setting off with a demonstration of power without aggression – in marked contrast to Barenboim’s recent traversal. In Lewis’s hands, the slow movement has a sense of trudging weariness akin to the protagonist’s step in Winterreise; there’s a little more lilt in Wosner’s reading but also a profound inwardness, which makes the cataclysmic outburst all the more shocking – as if moving from a catatonic state to something blazingly alive – and the return to the opening pace is fragile indeed. If others find more sense of play in the Scherzo (Andsnes among them), Wosner is powerfully convincing in the finale. Slightly steadier than the songful Lupu, he nevertheless proves himself a Schubertian of real stature.