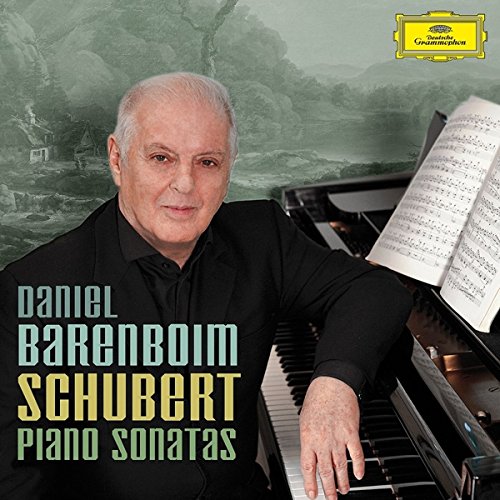 How does he do it? We all know Daniel Barenboim eats, sleeps and dreams music, but somehow he has found time to set down five discs’ worth of Schubert: the 11 completed sonatas. He has been playing them in concert but it’s a tribute to his immense musical intelligence that he can grasp a whole oeuvre in this way and make it his own.

The first word that comes to mind, after extensive listening, is ‘unflinching’. These performances don’t prioritise finesse per se but they are fiercely honest. In a sense, Barenboim reminds me of Richter in the way that you either accept his vision or you don’t; he probably cares little. Some musical decisions seem against received opinion (just as they could with Richter): the notion that an underlying sense of pulse, of a regular tempo, is crucial in traversing the vast spans of the first movements of D894 or, even more so, the final B flat Sonata, for instance. Barenboim is highly reactive, so there’s a tendency for phrases that with some artists form large-scale arcs to become bittier – more Beethovenian in some respects. But he can be gripping and revelatory, as in the way he varies the rondo theme in the finale of the last A major Sonata.

This is, on the whole profoundly serious Schubert. There’s a hint of a smile in the opening movement of the E flat Sonata, D568, but little of the playfulness that others find in the finale of the G major; and Barenboim eschews elegance, which can be a pity, as witness the plain-Jane theme of the slow movement of the A minor Sonata, D537. The slow movement of the G major Sonata is to my mind too slow, its distinctive dotted rhythms sounding deliberate compared to, say, Imogen Cooper’s most recent recording or those of Paul Lewis and Volodos.

All of that is, you could argue, a subjective viewpoint. But, and this is not subjective, Barenboim’s technique is not what it once was and this leads to passages that sound approximate. It tends to result in tempi that aren’t ever particularly fast. The death-haunted tarantella of the finale of D784 has none of the fleet terror of Uchida, though in its place is a barely suppressed ire that flares at the least provocation. The Scherzo of the late A major, too, is a little studied and some of the accentuation seems overly strong. And in the slow movement of the same sonata, the flaring from sanity to total mental collapse that is conjured so vividly by some (Uchida, Brendel, Lewis) here seems a touch subdued. I suspect that these interpretations are more compelling when you’re hearing the great man himself in a darkened concert hall. In the bright light of my study, they tended to throw up more questions than answers.

Sonata for Piano No. 9